Sony Electronics today announced two new Dual RW DVD drives that support 8X DVD+R recording. The new internal DRU-530A and the external DRX-530UL, which are capable of recording to compatible DVD+R discs at speeds of up to 8X, enable users to burn an entire 8X DVD+R disc in about ten minutes. The new drives also support up to 4X DVD+RW and DVD-R recording, as well as 2X DVD-RW, 40X CD-R and 24X CD-RW recording. The internal DRU-530A Dual RW drive will be available in December for an estimated retail price of about US$270, and the external DRX-530UL model will be available in January for about $350. 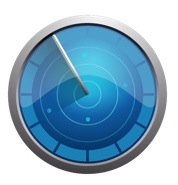 Intego releases VirusBarrier Plus for the Mac