Macromedia Announces Next Generation Of MX

MACROMEDIA ANNOUNCES NEXT GENERATION OF MX

San Francisco, CA-August 25, 2003 -Macromedia, Inc. (Nasdaq: MACR) today
unveiled the next generation of its award-winning MX product family used by
professional developers and designers to build web sites and applications.
Major new versions of the industry-leading Macromedia Dreamweaver, Flash,
and Fireworks tools will continue to move the digital world from inaction
to interactive experiences, while new products such as Macromedia Flash MX
Professional 2004 will bring the power of the Internet to a new class of
advanced developers. The MX 2004 family also includes new building blocks
called the MX Elements for Flash and the MX Elements for HTML, along with a
unique look and feel for Internet applications called Halo.

“We launched Macromedia MX in 2002 with a challenge to the industry and to
our customers: make digital experiences better. Our customers embraced this
challenge and created content and applications that surpassed our
expectations — like they always do,” said Rob Burgess, chairman and CEO,
Macromedia. “We built MX 2004 based on the incredible things our customers
did and the feedback they provided along the way. These new products and
building blocks will give them the power to run with their creativity and
take digital experiences to whole new levels. ”

“Developers are constantly being asked to do more with less, but still
create content and applications of the highest quality that deliver great
experiences,” said Rikki Kirzner, research director, IDC. “They want an
integrated toolset that provides a fluid, streamlined workflow for whatever
type of project they are doing, not to reinvent the wheel every time.
Companies that focus on productivity gains, decreased costs, and a
commitment to making better content easier to create are on the right path.”

Flash is the standard for creating rich interactive experiences on the
Internet. Flash MX 2004 makes it easier than ever before to create rich,
interactive content and enables designers and developers to accelerate
projects, increase creative control, and extend their workspace with new
functionality (see separate release ).

Fireworks is the leading tool for designing and optimizing web graphics.
Fireworks MX 2004 delivers a broad array of new design tools and effects
for web graphics, and promotes collaboration through expanded integration
with other MX products (see separate release ).

Macromedia Studio MX, first released in 2002, became the most successful
product in the company’s history by providing a comprehensive suite of
design and development solutions for creating great web sites and
applications. Studio MX 2004 combines the new MX 2004 tools with FreeHand
MX to provide an integrated and convenient development suite with a
workflow that will reduce time to value for our customers (see separate
release ).

Each MX 2004 product shares consistent interface, design, and development
elements, and functionality that enable developers to work more efficiently
across multiple products. Studio MX 2004 will include either Flash MX 2004
or Flash MX Professional 2004.

Macromedia is also expanding the MX universe with the availability of the
MX Elements and Halo. The MX Elements are a series of interface building
blocks and a new generation of embedded, interactive design patterns and
behaviors. The MX Elements for HTML and the MX Elements for Flash make it
faster for customers to build effective interfaces by bringing together a
range of technologies including components, templates, style sheets, and
behaviors. The MX Elements, by default, have a distinctive new look and
feel called Halo. The MX Elements and Halo give developers an opportunity
to provide Internet users with an optimized and consistent rich user
experience. Halo is inspired by the properties of light, and Macromedia
believes Halo will make the digital world a brighter, friendlier place.

ABOUT MACROMEDIA
Experience matters. Macromedia is motivated by the belief that great
experiences build great businesses. Our software empowers millions of
business users, developers, and designers to create and deliver effective,
compelling, and memorable experiences – on the Internet, on fixed media, on
wireless, and on digital devices.

Deals: MacJournal 37% off today only 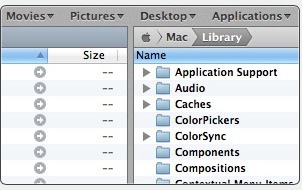