Second, version 1.5 adds a status icon in the menu bar for quick access to
the program’s many features. The F10 Status Icon provides a menu with
options to show the launch pad, access preferences, change hot keys, and
most importantly launch applications. A special Quick Links section of the
menu provides one-click application access (similar to the Apple menu in
Mac OS 9).

Third, version 1.5 enhances its built-in Tools Dock by adding an auto-hide
preference. This space-saving feature is a boon to those users who wish to
maximize their screen space.

Fourth, version 1.5 adds a duplicate detection feature which automatically
alerts the user if files with duplicate names have been found. Users have
been surprised to learn just how many duplicate applications they have on
their computers.

“We studied the Dock in Mac OS X and the Task Bar in Microsoft Windows and
realized that everyone was trying to minimize the size of the controls used
to launch applications. We thought that this was exactly the wrong
approach.” explained Mr. Halls. “Rather than force users to squeeze a few
applications onto a tiny dock or task bar, we decided to let users take
full advantage of their screen real estate.”

F10 Launch Studio’s “Launch Pad” is invoked by pressing the F10 key on the
keyboard. The semi-transparent Launch Pad instantly appears filling the
entire computer screen. The Launch Pad contains large icons representing
applications and documents on the user’s computer. An application can be
launched simply by clicking the appropriate icon, upon which the Launch Pad
immediately disappears leaving the user’s desktop completely unencumbered.

“Since we’re free to use the entire screen, F10 Launch Studio can literally
display hundreds of icons at once.” said Mr. Halls. These icons can be
resized from small to jumbo sizes. Even at the largest size, F10 Launch
Studio can simultaneously display more than 40 high quality Mac OS X
program icons.

The software also has an Auto-Discovery II feature that searches the
computer hard disk for applications and intelligently assigns them to
different categories such as Productivity, Utilities, Games and Lifestyle.
“The Auto-Discovery feature eliminates the need for time-consuming setup
and configuration.” said Mr. Halls. Plus, the software constantly monitors
activity on the computer, so whenever the user runs a new application, F10
Launch Studio automatically adds it to its database.

According to Mr. Halls, “Launching applications and opening documents is
the most common task users perform on their computers. We designed F10
Launch Studio so that both the novice and advanced user can accomplish this
with greater ease and more speed than ever before.”

Chronos believes users should have the opportunity to try the software for
free before they purchase. A fully functional 30 day trial version can be
downloaded from Chronos’ web site at (www.chronosnet.com). An updater for
existing registered customers is also available at the Chronos web site.

Chronos has been developing award-winning Macintosh software since 1993.
Chronos is based in Park City, Utah, home of the 2002 Winter Games. 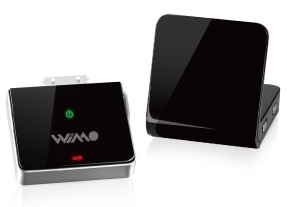 27% of U.S. broadband households own a streaming media device