Blackout has no effect on G5 chip production

Apple’s Nathalie Welch said that last week’s blackout in the Northeast US did not have any effect on G5 chip production. (As previously reported, IBM’s East Fishkill, NY plant, where the PowerPC G5 is produced, was temporarily shut down due to the power outage.) “As indicated by the single configuration shipping release, we are still on track for delivery of all systems as announced,” Welch told MacMinute. She also reaffirmed that the dual 2GHz model is “still on track” to ship “before the end of the month.” In addition, Welch noted that “it will take a few days” before the G5 will make its way through the distribution channel and onto store shelves. Several Apple Stores contacted by MacMinute said they are expecting to have limited quantities of the single processor machines by Wednesday. 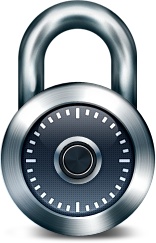