Glucose today released WeatherPop & WeatherPop Advance 1.8, the latest release of its popular Mac OS X utilities that display current weather conditions in your menu bar. This update adds a new data source, usatoday.com, further enhancing its ability to find accurate data for nearly any location in the world. Improvements have also been made to WeatherPop’s user experience, to better communicate when its retrieving data or to indicate problems with the user’s connection to the Internet, as well as numerous bug fixes, including accuracy improvements and speed optimizations. WeatherPop is freeware and WeatherPop Advance costs US$8.

AT&T to work with law enforcement on iPad security breach 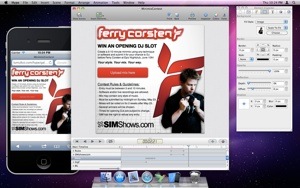