Several readers let us know that Derek Sivers, president of CD Baby — the 2nd-largest seller of independent CDs on the Web (2nd only to Amazon.com) — has posted his notes from Apple’s meeting with indie record labels about the iTunes Music Store. Sivers said that about 150 representatives attended Thursday’s two and a half hour presentation, which was ran by Apple CEO Steve Jobs. Some interesting details: 3.5 million songs sold so far, about 500,000 songs a week; more than 75% of songs have sold at least once; 45% of all songs have been bought as an album; and Apple is reporting all iTunes sales to SoundScan. In addition, Jobs said that the big labels will not get preferential treatment. “We’re going to give you the same basic deal we gave the big 5 major labels. Same deal. Same agreements. Same team of people. Same treatment, all-around. We have to be more efficient, though. We’re not going to deal with 200 lawyers. Everyone is going to get the exact same deal. It’s not negotiable. It’s take it or leave it.” 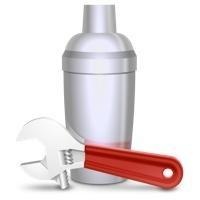