Apple today announced the release of iSync 1.1, a new version of the company’s synchronization software that lets users automatically sync their contacts and calendars on their Mac with those on their cell phones, Palm OS devices and iPods. iSync 1.1 adds support for over 20 mobile phones from Nokia, Motorola, Sony Ericsson and Siemens, as well as Mac-to-Mac synchronization of Safari bookmarks for .Mac subscribers. iSync 1.1 supports more Bluetooth-enabled phones than any other syncing software and has added syncing via USB for several Motorola phones. iSync 1.1 is available immediately as a free download and requires Mac OS X version 10.2.5 or later and iCal 1.0.2. A list of iSync compatible devices is also available.

Multi-factor authentication market worth US$13.2 billion in 2020 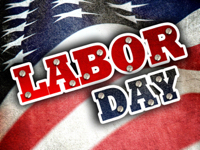