Apple plans to open its first Seattle-area retail store in Bellevue, Washington next month, according to Apple spokeswoman Jane Rauckhorst. The 4,600-square-foot store, which was first noted last November, is currently under construction on the mall’s first level, according to the King County Journal. Rauckhorst said the company has not nailed down its opening date but plans to make an announcement within days. The store’s staff is expecting a May 10 grand opening. 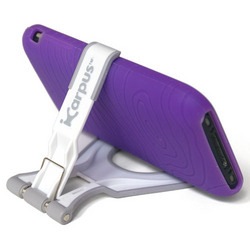 iCarpus coming for devices like the iPhone, iPod touch

RackMac mini Xserver designed for a Mac mini With Thunderbolt