“Apple has never made any offer to invest in or acquire a major music company. The press statements this morning attributed to Vivendi board member Claude Bebear are untrue, as Mr. Bebear has confirmed in a later report,” said Apple CEO Steve Jobs in a statement today. “Beyond these comments, we will abide by Apple’s policy of not commenting on rumors.” Jobs’ statement is in response to speculation that Apple had been in talks to buy Vivendi’s Universal Music Group. 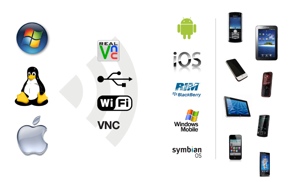