A story in today’s LA Times (free registration required) reports that Apple is in talks with Vivendi Universal to buy Universal Music Group, the world’s largest record company, for as much as US$6 billion. “Defying conventional wisdom, Jobs apparently is betting that music is finally on the verge of becoming a profitable presence on the Internet. Apple has been quietly testing a service that some music business insiders believe could pave the way for widespread online distribution of songs,” the paper said. “People close to Jobs say he is convinced that the music industry is about to turn a corner in the copyright war. With the government shutting down pirate Web sites and the record industry now going after individuals for alleged piracy, the Apple chief believes digital theft will become increasingly more complicated, prompting fans to migrate to legitimate services, sources said.”

‘MacVoices’ looks at the CarMD products

Deals: Hazel 36% off today only 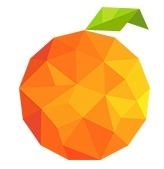