BusinessWeek: An open-source opening for Apple

In BusinessWeek’s latest “Byte of the Apple” column, Alex Salkever writes about Microsoft’s recent purchase of Virtual PC, and how Apple could gain independence from the software giant by helping to develop Bochs, open-source software that functions as a Windows emulator on Unix machines. “Apple has the financial resources to dedicate a few engineers to the task of polishing Bochs to meet Jobsian ease-of-use and boy-is-it-pretty standards. Ultimately, Apple could weave Bochs into the operating system. Perhaps even as early as the upcoming Panther release (you know, the one after Jaguar OS X 10.2), Apple users could pop a Windows CD or DVD into the drive, and OS X would seamlessly launch Bochs and run the Windows code… What’s more, PC emulation is exactly the area where Apple should rely on the open-source community for software and development. Lots of Unix and Linux users need it, so it’s highly probable that a strong open-source support group will develop around Bochs or other PC emulation.” 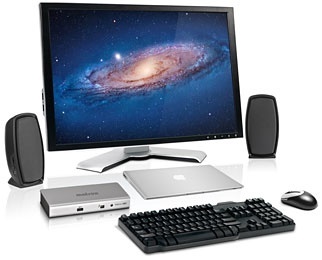