Apple has opened registration for WWDC 2003 with new content focusing on
the QuickTime and Enterprise market. Register today and get the early bird
discount at http://developer.apple.com/wwdc/

Join developers from around the world to explore first-hand the next
generation of technology innovations from Apple at Worldwide Developers
Conference 2003, May 19-23 in San Jose, California.

Whether you’re a longtime Mac programmer or recent platform Switcher, an IT
manager or commercial developer, content creator, Open Source coder, web
manager, systems administrator or in-house developer, WWDC 2003 offers an
expanded agenda that will help you make the most out of Apple’s innovative
technologies and the robust and flexible Mac OS X platform.

WWDC is your unique opportunity to meet fellow developers and benefit from
the rapidly-growing Mac OS X community, to network and learn the things you
can only learn talking face-to-face with your peers and Apple’s technical
architects and engineers.

With more than 5 million active Mac OS X users, Apple has become the
leading provider of UNIX-based systems in the world. With extensive support
for industry standards like Java 2, Apache, LDAPv3, PHP, MySQL, and WebDAV,
and support for multiple networking and security standards like IPv6,
IPSec, SSL and SSH2, Mac OS X has captured the attention of IT
organizations wanting to develop and deploy open source and standards-based
solutions in heterogeneous environments. Apple’s server and storage
products have extended Apple’s tradition of delivering cost-effective,
easy-to-use solutions from the desktop to the datacenter in enterprises,
school systems, and small businesses.

Sessions in this track will help IT managers leverage Mac OS X and Mac OS X
Server technologies to deploy and manage Apple servers and desktops in an
existing infrastructure. Administrators will learn to serve and manage
high-traffic websites using the standards-based web services technologies
built into Mac OS X Server and included with Xserve, Apple’s 1U rack-mount
server. In-house developers will learn about popular database development
tools for building applications that leverage leading database
technologies, including Oracle and Sybase, and discover how to exploit
Cocoa and AppleScript to quickly build interfaces or develop automated
workflow tools for in-house applications. This track will also include an
extensive array of sessions on Java and WebObjects.

Over 250 million users can’t be wrong. Come find out how you can leverage
the power of QuickTime and MPEG-4 for your rich media needs. For the
application developer, QuickTime offers the most robust media architecture
on both Mac OS X and Windows. You provide the inspiration, and QuickTime
becomes the engine for all your application’s media needs.

NEW this year, the QuickTime track now features sessions specifically
tailored to the content producer. Learn how to leverage the quality,
scalability and interoperability of QuickTime to create and deliver
compelling media experiences. Topics include encoding best practices, the
benefits of MPEG-4 and standards, how to stream content in real time,
professional content creation, and much more.

At the heart of Mac OS X lies a strong and secure, yet flexible, foundation
with features like preemptive multitasking, protected memory and real-time
support. The stability and proud UNIX heritage of Mac OS X is reflected
here in the core, providing developers who need to access the low-level
services of Mac OS X – to write kernel extensions, manage security
functions, or work with BSD commands – the power to create truly great
applications. Sessions in this track cover Darwin, the open-source
foundation of Mac OS X, as well as security and networking technologies
like Rendezvous, which enables automatic discovery of computers, devices,
and services on IP networks.

Apple continues to lead the industry in hardware design innovation,
integration, and ease of use. Mac OS X has integrated support for
technologies including AirPort, Bluetooth, FireWire, USB, and Ethernet, as
well as Velocity Engine, multiprocessing, Quartz Extreme, Rendezvous, and
IPv6. Sessions in this track cover the latest in Apple hardware technology
and Mac OS X hardware support, including I/O Kit, the device driver
subsystem of Mac OS X. Developers will learn how to get the most out of
Apple hardware, optimizing for performance and maximizing integration.

The powerful graphics technologies in Mac OS X play a critical role in the
success of all applications on the platform – empowering developers to
deliver 2D and 3D graphics seamlessly composited with anti-aliasing and
transparency. Sessions in this track will help you tap the power and
capabilities of the Mac OS X graphics technology stack in your
applications. The track covers the latest updates to Apple’s graphics and
imaging technologies, including Quartz Extreme, Mac OS X’s compositing
windowing system; Quartz 2D, Mac OS X’s PDF-based imaging model; OpenGL;
ColorSync; Image Capture, a framework for handling scanners and digital
cameras; and printing.

Register today and get the early bird discount at:
http://developer.apple.com/wwdc/

Access Google Docs, S3, SkyDrive and more from a cloud drive on your Mac 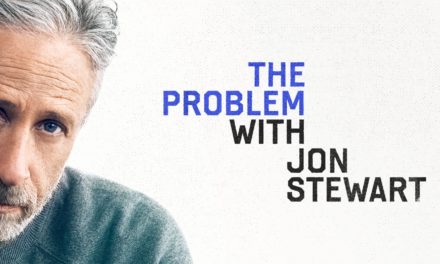 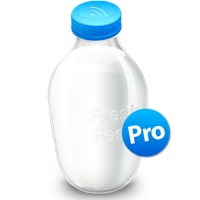