Sophia Antipolis, France (February 3, 2003) – REALVIZ, a leader in image
processing software development, is pleased to announce the availability of
REALVIZ ReTimer SD for Mac OS X (A Microsoft Windows version of the
application was also recently announced, and began shipping in December
2002.) ReTimer SD is an ‘entry’ retiming solution, drawing on the powerful
engine central to the award-winning high-end software application, REALVIZ
ReTimer, and provides a one-stop solution for any type of time warping,
whilst retaining the highest quality output. With an innovative technology
that enables the calculation of each pixel move, ReTimer SD automatically
generates new frames in between existing frames, enabling high quality slow
downs or speed-ups, and all without the need for expensive slow motion
cameras.

ReTimer SD is based on the innovative, award-winning technology of REALVIZ
ReTimer, enabling the exact calculation of each pixel move, giving the
ultimate flexibility during post-production, and was recently described by
SoftMag as, Norway as “The best program for slow motion we ever tried, very
easy to use. We gave it the best points, 6 out of 6. And the best program
for the year 2002.” Each pixel of an image is searched in the previous and
subsequent image in order to build a displacement map. The result of this
computation is a flow of vectors. ReTimer SD uses this flow to create new
pixels to form an ‘in between’ image.

REALVIZ ReTimer SD is ideally suited to complement compositing packages,
and is a plug-in for Adobe After Effects 5.5, or compatible products, such
as Discreet=99 Combustion and Apple Final Cut Pro. Specifically targeted at
artists working with Standard Definition resolution, ReTimer SD, enables
users to process images, which are in Standard Definition Pal, or NTSC
format.

“REALVIZ ReTimer SD for Mac OSX is truly the best product in its field! We
have been eagerly awaiting the Mac version of this application for some
time now. The software is perfectly integrated in After Effects, and its
ease-of-use enables us here at Amazing Sound, to employ its unique
qualities in many of our productions.” Frederic Savoir, Technical Director
Post-Production, Amazing Sound.

“There has been great demand by artists within the Macintosh community to
port our video applications, and we are delighted to now be able to launch
the very first of these, REALVIZ ReTimer SD. We have made it very clear,
that we see the Macintosh as the most powerful platform for digital content
creation today, and these users can look forward to further exciting
developments here at REALVIZ over the next 12 months.” Patrick Dumas,
REALVIZ COO.

REALVIZ’ production-proven applications have been used for incredible
effects in various feature film and television projects, including, the
Steven Spielberg/Tom Cruise movie, ‘Minority Report’, which was recently
named as one of the 7 films being considered for Achievement in Visual
Effects for the 75th Academy Awards, as well as the lavish Hallmark
Entertainment miniseries, ‘Dinotopia’, and big-screen blockbusters such as
the latest James Bond outing, ‘Die Another Day’, ‘Hart’s War’, starring
Bruce Willis, ‘Life As A House’, ‘Swordfish’, ‘Captain Corelli’s Mandolin’,
‘Enemy At The Gates’, ‘Driven’, ‘Monkey Bone’, and many others. To see
REALVIZ ReTimer in action, go to:
http://www.realviz.com/gallery/list.php?product=3Drt

Pricing & Availability
ReTimer SD is now available for purchase through REALVIZ resellers
worldwide at a price point of */$ 790.00 (Mac OSX & Windows). For further
information on REALVIZ ReTimer SD, please got to:
http://www.realviz.com/products/rtsd/index.php?langue=3Den

About REALVIZ
REALVIZ is a leading developer of image based creation software based in
Sophia Antipolis, France, with U.S. operations in San Francisco, CA; and a
satellite sales office in London. REALVIZ develops a suite of image-based
content creation solutions for the film, broadcast, gaming, digital
imaging, architecture and Internet communities. Derived from years of
research efforts at the renowned INRIA Lab in France, the company’s
applications enable 2D and 3D artists to easily and cost-effectively tackle
complex digital imaging projects. REALVIZ’ award-winning products are in
use by leading production and effects houses, web design, game development
and architectural companies worldwide including Cinesite, Framestore, Sony
Imageworks, Warner Brothers Animation, Electronic Arts, Buf Compagnie and
many others. For more information on REALVIZ, please visit www.realviz.com. 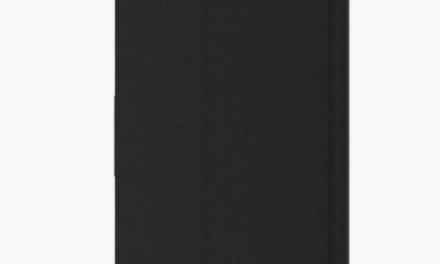