Thanks to overwhelming support from users from all over the world, the
latest version of CalcService now features a French and WordService 2.3.1
an Italian localisation as well as improvements in the German and Danish
localisations. CalcService 2.7 also comes with improved number formatting.
Last but not least, AntiWordService 1.0.1 now theoretically supports Word
documents without the proper file name extension “.doc”. Due to a bug in
Mac OS X up to version 10.1.5, this feature does not work yet, but but it
will as soon as the system works according to Apple’s documentation.

DEVONtechnologies, founded in 2002 and headquartered in Germany, European
Union, researches in the field of semantic and associative data analysis
and synthesis, and develops key applications based on the DEVONtechnology.
Named after the Devonian Period, the DEVONtechnology marks the departure
into a new age of data processing. The main focus of all activities is
clearly on using of the robust, flexible and versatile architecture
intelligently to create rock-solid applications for a variety of purposes,
including but not limited to databases, intelligent agents, data-mining,
information retrieval and human-computer-interfaces. More information:
www.devon-technologies.com. 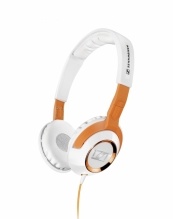