Dantz has released Retrospect Backup 5.0.203, a new version of its backup software for Mac OS 9 and Mac OS X. The new version fixes a problem under Mac OS X where memory would be continually allocated to Retrospect when any Carbon application was in use and fixes a problem under Mac OS 9 to assert failure when backing up an AppleShare IP Server or a client with file sharing turned on. Retrospect Backup 5.0 sells for US$149. 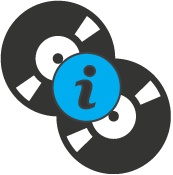