A new report on the 802.11b market from Cahners In-Stat Group reveals that unit shipments of wireless network devices, such as Apple’s AirPort, grew by an impressive 14 percent in the last quarter of 2001. Significant growth is expected to continue in 2002, but price reductions on 802.11b equipment will negatively affect revenue growth, according to the report. Apple led the industry when it debuted AirPort in the summer of 1999 and updated the product in November of 2001; prices have remained consistent throughout that time. 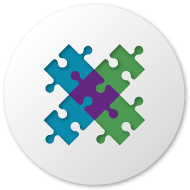