Today at QuickTime Live!, Apple previewed QuickTime 6, the next major version of its multimedia technology. Among the features of QuickTime 6 is full support for MPEG-4, a streaming media format for high quality content. While Apple noted that QuickTime 6 is complete and ready for release, it is delaying the product due to the currently proposed licensing fees covering MPEG-4. The current license agreement requires royalty payments from both those who ship codecs and from content providers who use MPEG-4 to stream video. “Apple agrees with paying a reasonable royalty for including MPEG-4 codecs in QuickTime, but does not believe that MPEG-4 can be successful in the marketplace if content owners must also pay royalties in order to deliver their content using MPEG-4.” In addition to MPEG-4 support, QuickTime 6 features support for Advanced Audio Coding (AAC); support for CELP, the MPEG-4 speech codec; MPEG-1 and MPEG-2 playback; Flash 5 support; DVC Pro (PAL) support; an updated user interface; and skip protection enhancements. 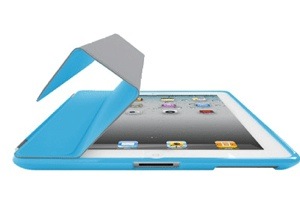