Among U.S. office workers, RealNetworks is the most popular streaming media product on the market, according to the latest numbers from measurement service Nielsen//NetRatings (Dec. 2001). RealNetworks streaming media player has an estimated 16.9 million viewers or listeners, while Microsoft’s Windows Media has 11.2 million users, followed by QuickTime, with five million users. The Nielsen numbers also showed the Web site for Britain’s BBC was the seventh-ranked news domain among U.S. office workers in December with an audience of 2.7 million viewers and listeners. Ironically, Apple dropped its streaming feed of BBC World in December due to cost, according to sources inside both the BBC and Apple. 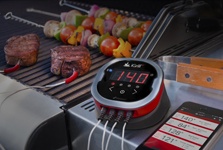