The Hawaii Structural Iron Workers Pension Trust Fund has filed suit against Apple accusing the company of hyping the introduction of the Power Mac G4 Cube and iMac in order to keep Apple’s share price high, as noted by MacNN. Four Apple executive sold 370,000 shares for US$22 million just prior to Apple’s announcement that sales of the G4 Cube and iMac had been lagging far behind expectations. The suit seeks class status for investors who purchased shares between July 19, 2000 and September 28, 2000. “Jobs and Apple’s other top executives knew that unless they convinced investors that Apple was about to introduce new, innovative products, Apple’s stock would continue to decline, embarrassing Jobs and costing him and other top officers millions more,” the suit alleges.

The Northern Spy: Prognostications for 2014 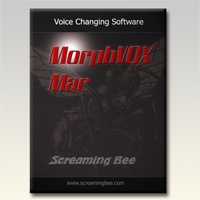 Voice-changing software comes to the Mac