Adding the ActiveDeveloper IDE we cut your API learning curve and turn
Development incremental. With ActiveDeveloper you get a Runtime Object IDE
that allows you to develop NATIVE Cocoa apps and WebObjects servers
directly at Runtime – while they run. Thereby enabling you to get a whole
lot closer to the Objects you work with … then you can with the Standard
tools.

ActiveDeveloper – Turns complex OO Programming into Interactive Scripting
by giving you a Runtime Object IDE for the compiler.

– Cuts your API learning curve
– Scales to Any size Applications

– “Grow” your Objects through Runtime InterAction.

To get InterACTIVE Today – download a copy of ActiveDeveloper from our
WebSite and apply it to your own WebObjects Server or Coccoa / OpenStep
Desktop Projects.

These are all Half Price offerings ..

You get a Smalltalk-like InterACTIVE Object IDE – working at Runtime.
Merging two Technologies – is the good news about ActiveDeveloper.

ActiveDeveloper is likely to very Rapidly turn you Workspace addicted, as
it happened to most Smalltalk newcomers. Once they grasped what that
Workspace has to offer – ” they immediately started wondering how they ever
gotten around without it … ”

GROW your Applications in WebTime through Inter*ACTIVE Development

ActiveDeveloper turns your NATIVE WebObjects server and Cocoa / OpenStep
Desktop Projects InterACTIVE. Plus it offers you:

Everything works inside your Apps at Runtime, without any need to Restart
or Rebuild contexts. Edit-Compile-Play cycles are 1-2 seconds Even on the
slowest Pentium-II system. Use it to Explore API’s, Prototype,Test, Debug
or to Develop Large Scale Structured Projects It’s IDEAL for both Beginners
and Professionals, NO extra language to learn – you start Running

So, why bother resorting to some secondary Scripting language for
interaction … ??? Get truly InterACTIVE – with your NATIVE WebObjects
server and Cocoa desktop projects.

All Projects developed with ActiveDeveloper are 100% pure and NATIVE to
their respective API’s. We have carefully designed ActiveDeveloper with NO
lock-in – Neither into your Source Code, nor inside your End Products;

You ship your products as NATIVE WebObjects or Cocoa / OpenStep
Applications – NO libraries of Ours linked in. ActiveDeveloper is only used
by your Developers to set them InterACTIVE in their development …

Should you really really ever want to back out again. The decision is yours
entirely. All your code compiles straight with ProjectBuilder.

InterACTIVE-Technology was founded in 1992, and has been working with NeXTSTEP,
OPENSTEP and Smalltalk as consultants or in-house within the European
MultiMedia and
Finance industries. Always striving to create a better place out of the
tools at hand. 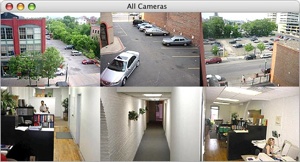