SAN MATEO, CA – June 29, 2000 – On the day before the hearing on
Connectix’ Motion to Dismiss, Sony Corporation has filed a voluntary
dismissal of its patent case against Connectix. The hearing had been
scheduled in front of Judge Legge in the US District Court and has
been cancelled as a result of the dismissal by Sony. The complaint
alleged that Connectix Virtual Game Station infringed eleven patents
on the Sony PlayStation and was filed on February 14, 2000.

“While we recognize that Sony may still attempt to bring some of
these claims back before the court at a later date, this represents
the third victory in a row for Connectix in this case,” said Roy
McDonald, President and CEO of Connectix Corporation. “We hope that
at some point Sony will recognize the merits of cooperating with us
in giving added flexibility to consumers and fans of the PlayStation.
It is time for them to withdraw entirely from their course of filing
baseless litigation that the courts must dismiss.”

Connectix Virtual Game Station is the award-winning software that
enables many popular PlayStation games to run on Pentium II or III
PCs and G3 or G4 Macintosh computers including iBook and iMac.
Detailed product information is available at www.connectix.com.

Connectix Virtual Game Station won MacWorld’s coveted “Best of Show”
award when it was released at MacWorld Expo in early January 1999.
Days later, Sony brought suit to suspend sale of the product claiming
copyright infringement and tarnishment of the PlayStation name and
other marks. After the Ninth Circuit Court of Appeal rejected Sony’s
claims, Sony subsequently alleged that Connectix infringed eleven of
its patents.

Seven of the nine claims in the first suit have now been dismissed by
the court and the remaining two are being evaluated for possible
dismissal at a hearing on September 1, 2000. The eleven patents in
suit in the second action were withdrawn entirely by Sony today.

Connectix and the Connectix logo are trademarks of Connectix Corp.
All other trademarks are property of their respective holders. 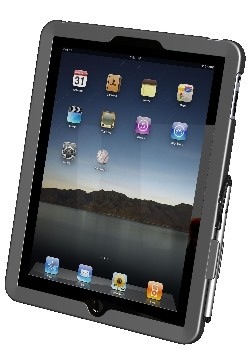