“SOAP has been a two-year project, starting as a collaboration between
UserLand, Microsoft and Developmentor, in April 1998, and now has the
potential of being very widely deployed and supported in virtually every
programming and scripting environment on every operating system, commercial
and open source, including Windows, Macintosh and Linux,” said Dave Winer,
CEO of UserLand, one of the authors of SOAP 1.1. “SOAP truly is the next
level of the World Wide Web.”

“The need to integrate with other businesses is changing how companies
build software,” said Tod Nielsen, Vice President Developer Division at
Microsoft. “SOAP, a core technology in Web Services, represents a major
shift in how Microsoft is addressing this change. By working together with
partners such as UserLand to create open specifications that anyone can
implement, Microsoft expects to offer customers greater choice and
innovation than ever before.”

Tim O’Reilly, CEO of O’Reilly Associates, a leader in the open source
community says, “Large companies like Microsoft are learning more quickly
how to pick up on advances made by the independent developer community.
SOAP has been a unique collaboration between a number of very creative
individual developers at small companies and sharp-eyed strategists at
industry behemoths.”

“SOAP will be a key technology for building interoperable applications on
the Internet,” said Noah Mendelsohn, Distinguished Engineer, Lotus.
“Lotus, as co-author of SOAP version 1.1 and co-submitter of SOAP to the
W3C, is delighted that UserLand will be implementing SOAP in its products.
We look forward to working with UserLand and other W3C members to determine
the best approach for standardizing technologies based on SOAP.”

“UserLand makes the leading browser-based Web content management system,
Manila, and is pioneering the use of desktop writing tools connected to
such Web application platforms,” said Winer. “The opportunity to integrate
our tools with Lotus Notes and other popular networked writing environments
gives us a nice warm feeling about the future. The Internet is about
cooperation and competition. Our relationship with Microsoft is
long-lasting and solid, and we’re totally looking forward to working with
IBM and Lotus and the other co-submitters of SOAP 1.1.”

“One of the most exciting Net developments now unfolding is the change in
the nature of applications,” said analyst Kevin Werbach, managing editor
of Release 1.0. “The fundamental lesson of the Internet’s success is that
open, decentralized, end-to-end systems can engender phenomenal innovation
and efficiencies.”

Industry analyst and usability guru Jakob Nielsen says, “Web browsers
provide asynchronous interactions like those found on mainframe terminals
instead of the highly interactive, tightly coupled interfaces found in
window-based user interfaces. Web designers have abandoned the advances in
consistency and predictability that were pioneered by the Macintosh in
1984. And browsers are restricted to a small set of interaction widgets
that are usually abused in non-standard ways.”

“Now comes SOAP — the Simple Object Access Protocol,” says Doc Searls,
senior editor at Linux Journal, and a co-author of the best-selling
Cluetrain Manifesto, “which is the creation of a small group of developers
who happen to work at Microsoft, UserLand, Developmentor and other places,
large and small. In the best hacker tradition (the one that gave us the Net
and the Web in the first place) SOAP opens things up. It opens the Web to
lots of terrific new developments, and doesn’t require anybody’s OS
platform.”

Fredrik Lundh, CTO of PythonWare, a Swedish software developer is leading
development of SOAP for the open source Python scripting language. “SOAP
provides a bridge between Windows, Java, and scripting environments like
Python, Perl, and Frontier. Major players on each platform are not only
talking about SOAP, they’re talking to each other about it, and they’re
shipping working code.”

Paul Everitt, CEO of Digital Creations, developer of the Zope open source
content management system (a Python application), says, “At long last, the
Web has a complete platform strategy. Operating systems, programming
languages, database technologies, and even component models all disappear
behind a straightforward Web API. All these are essential services.”

Complete comments from industry visionaries is at
http://soap.weblogs.com/soapQuotes.

UserLand Software is a technology and publishing company focused on the Web
as a writing environment and a medium of high-integrity journalism.
UserLand’s Web content management system, Frontier, includes Manila, the
leading browser-based content system. UserLand publishes Scripting News and
over 5000 publications on EditThisPage.Com and Weblogs.Com. Frontier is a
commercial platform, licensed on a subscription basis for US$899 per year.
UserLand CEO Dave Winer is the chair of the WWW9 distributed computing
track, is a Seybold Fellow, and participated in the World Economic Forum
Annual Meeting in Davos, Switzerland. UserLand is a member of the World
Wide Web Consortium (W3C). UserLand is a privately held company based in
Burlingame, CA, http://www.userland.com/. 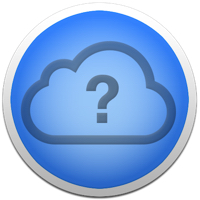