WireFusion(tm) is a new Java(tm) programming tool from the Swedish Software
Company Demicron. The program is a unique drag-and-drop visual programming
tool developed for creating Java applets and illustrations quickly and
easily without knowing a single line of the Java language.

WireFusion(tm) is a visual Java programming tool written entirely in the
new Java 2. By using the drag-and-drop technique and by visually connecting
preprogrammed objects with different functions the user can create
advanced, interactive Java applets and illustrations in no time. The
product is a fast and compact Java 1.0 compatible applet for direct use on
the Internet. The program does not require any prior knowledge in
programming or Java and is intended primarily for professional web site
developers but can also be used by programmers for speeding up the
development time or by private individuals wanting to enhance their site’s
appearance.

The strength of WireFusion is its ability to handle advanced multi-layer
image processing in real-time combined with an easy programming technique.
The user develops the applets and illustrations by visually making
connections between different objects. Each of these objects can send or
receive messages through its out- or inports. By connecting these objects,
the user can construct complex programs without any programming skills. All
objects have several parameters, allowing the users to change the applets
appearance and functionality making it possible to give the applets’ a
unique look and to make them compatible with the design theme of the
homepages on which they are used.

– WireFusion provides the opportunity to create Java banners, menus,
illustrations and graphical marketing effects for the Net faster than
before. It reduces the time spent programming and developing, giving a
result that is fast, interactive and dynamic, says Stefano de Carolis,
President and Developer at Demicron.

The program itself is a Java 2 application and can be executed on any
platform (Windows, MacOS, Solaris etc.) running Java 2. WireFusion was
recently released in its full version and is available as a powerful
shareware for free downloading from the homepage of Demicron:
http://www.demicron.com/wirefusion/wf.html

WireFusion is sold as a downloadable product from the homepage of Demicron.
The price is $450 US.
Some of the Features:

For more information about WireFusion, please visit our web page at:
http://www.demicron.com/wirefusion/wf.html 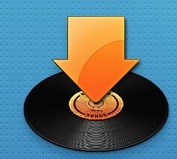