iTools 5.0 for Mac OS X: Serious Tools for the Internet

iTools complements and extends the Apache that is included with Apple’s OS
X Server and makes it easy for webmasters to set up and support
sophisticated network servers. iTools allows Macintosh-savvy webmasters to
take advantage of OS X Server’s preemptive multitasking and memory
protection, without having to plunge into UNIX. Dave Simmer, Graphics Arts
Director from Liberty Orchards (http://store.libertyorchard.com), said,
“Your incredible iTools product is the only reason I was able to make sense
out of Internet services on Mac OS X Server and the only reason we did not
contract out the store to a specialty ISP house.”

And, from Charlie Romero, CEO of JUMP INTERNET and owner of a web portal
for Porsche enthusiasts (http://www.porschezone.com), “Tenon has taken the
difficulties out of configuring the Apache web server. iTools is not only
the easiest way to configure Apache, but the safest. We no longer have to
worry about mistyped configuration files or possible security holes. The
Internet business is a 24 hour car race, lost hours configuring web servers
gives our competition the chance to catch us. With Mac OS X Server, and
Tenon’s iTools, staying in the lead is a lot easier.”

Using Apple’s bundled Apache as a point-of-departure, Tenon’s iTools
extends the underlying architecture with a point & click interface and a
rich set of new features. Included with iTools, in addition to extensions
and enhancements to the Mac OS X Apache web server, are a fully
customizable, anywhere, anytime WEBmail server, a state-of-the-art domain
name server, a multihoming FTP server, a robust Y2K tiered
certificate-savvy SSL encryption engine to support eCommerce, a powerful
caching engine with state-of-the-art proxy support,FastCGI support for
enhanced performance, and a Sherlock-savvy search engine. All of the tools
are supported using a point & click, browser-based administration tool.

iTools is shipped as a multipackage installer, bundled with demonstrations
of third party applications: Smith Micro’s WebCatalog – for turn-key
storefronts; Matador Design’s WebEvent – for web-based calendars; Lundeen’s
WebCrossing – for web conferencing; Aestiva’s HTML/OS – for building
dynamic web sites; and Frontline’s FrontBase – a high-performance database
with a FileMakerPro-to-FrontBase translation utility. Also included are key
open source applications : JServ, PHP, MySQL. Kirk Austin, President of
Capi’s Moments, says, “The support for server-side Java in iTools is a
pleasure to use. It’s just a single mouse-click to install and it lets me
focus on my Java code, rather than on configuration issues. It’s so nice to
have software that works right out of the box.”

Founded in 1989, Tenon Intersystems is a leader in high-performance
networking. Tenon technology, combined with the power of Apple’s G3 and
G4-based machines, is providing the framework for world-class networking on
the Macintosh. Last year WebTen was selected as the Macworld Editor’s
Choice for Best Server Software, outpacing WebSTAR and Apple’s ASIP. Tenon
Intersystems can be reached in the U.S. at 805-963-6983, by the internet at
sales@tenon.com, or via the web at http://www.tenon.com. 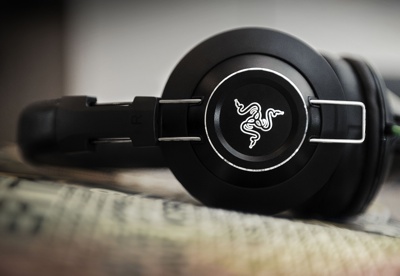