Alphen aan den Rijn, The Netherlands, December 21, 1999–Troi
Automatisering today announced the release of Troi Coding Plug-in 1.5, for
FileMaker Pro 4 and 5 on both on Mac OS and Windows.

Peter Baanen, company president, states that “I particularly like the new,
generic “Code” function, which makes it possible to Encrypt a field with
the key as a parameter. This function has a lot of power in it, as it makes
Encryption and Decryption possible without the need of a script!”

Troi Coding Plug-in 1.5 has the following new features:
– Compression and Decompression of fields
– Encode to and Decode from ASCIISafe text
– New “Troi-Code” function for Encryption/Decryption with key as parameter
– Clearer sample databases (8!) for each significant function
– User manual to get started quickly

With the Troi Coding plug-in you can make sure information can only be read
by the persons you want. With it you can encrypt fields using the powerful
DES encryption scheme, so that your sensitive data is secure.

Export or Email your Sensitive data without risk You can now export
encrypted data that can be sent safely over the Internet, for example via
email. No risk that someone will read or change the data while in transit.

Import it safely back into FileMaker
After you have imported the received email or export file back into
FileMaker, our decoding functions will restore the original information,
with the assurance that nobody will have tampered with it.

We invite you to test drive the Troi Coding Plug-in. A fully functional
version is available for downloading at Troi’s Web site.

This plug-in runs on any machine that is able to run FileMaker Pro 4.0 or
later. The plug-in also works with runtimes created by the 4.0 Developer
edition version. We expect no problems for the forthcoming 5.0 Developer
Edition.

A fully functional try-before-you-buy version is available for downloading
at Troi’s Web site at:
(http://www.troi.com/software/codingplugin.html). Troi Coding Plug-in is
available for Mac OS and Windows95/98 and NT and costs $39 per user.
Details on developer licenses and multi-user discounts can be found on our
web site. You can order licenses via our web site. Please note that as of
today we discontinued the 3FM bundle. 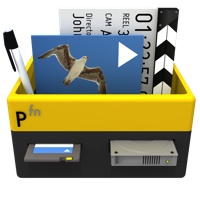