ACI US, Inc., publishers of the 4th Dimension (4D) RAD/RDBMS Environment,
announced today the release of 4D version 6.0.6 r8. This is a routine
maintenance fix designed to address some minor issues.

ACI recognizes developers need time to test and take advantage of new
software and will continue to offer a minimum 90-day notice before
discontinuing any version. “We want the development community to know that
we are dedicated to them and their businesses,” said Brendan Coveney,
President, ACI US. “We want to continue to honor our commitment to
developers by providing support for two versions.”

About ACI US
————
ACI US, Inc. is the US publisher of 4th Dimension and the 4D product line,
which has set the relational database standard for over ten years. In 1995,
ACI extended 4th Dimension technology to the Windows platform. ACI US, Inc.
is the U.S. subsidiary of ACI and celebrates this year, the 15th
Anniversary since 4D’s revolutionary introduction into the RAD/RDBMS
marketplace. 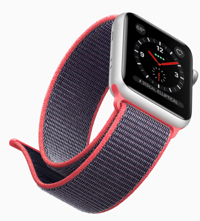