LOS ANGELES, CALIFORNIA – December 14, 1999 – Fantom Drives today announced
the expansion of its new FireWire(tm) Storage product line with the
introduction of two new CD-Recorders. The new FireWire(tm) 6x4x24 and
8x4x32 CD-ReWriteable products are the perfect data storage companion to
all FireWire(tm)-enabled computers from Apple, such as the Power Macintosh
G4 and iMacDV.

Targeted toward graphic designers and users needing a fast and reliable way
to get data onto a compact disc, the Fantom Drives 8x4x32 FireWire(tm)
CD-ReWritable recorder is easily the best in its class. With a top-notch
Plextor 8x mechanism at its heart, this new recorder makes efficient use of
FireWire(tm)’s bandwidth advantage, recording at speeds impossible for USB
recorders to compete with. Able to record a full CD in under 10 minutes,
the Fantom Drives 8x4x32 complements the high end features of Apple’s G4,
but is comfortably at home when connected with any FireWire(tm) capable
Macintosh.

“We believe that we’re moving the industry forward,” said Rezza Zaimi,
General Manager of Fantom Drives. “By providing drives that are not only
more reliable than current USB offerings, but provide the highest speed of
any USB or FireWire ™ recorder on the market, Fantom Drives is
dramatically increasing the reach of Apple’s FireWire(tm) standard.”

Both models ship with an IEEE-1394 cable, blank CD-R and CD-RW media, and
CharisMac’s Discribe CD-Mastering software and are covered by a 1-year
warranty.

FireWire(tm) was invented by Apple Computer in the early 1990s and was
adopted by the IEEE as a standard (IEEE 1394) in 1995 as a cross-platform
high-speed serial technology that can move large amounts of data between
computers and peripheral devices. It features simplified cabling, hot
swapping, and transfer speeds of up to 400 megabits per second.
FireWire(tm) is one of the fastest peripheral standards ever developed,
which makes it great for use with multimedia peripherals such as video
camcorders and other high-speed devices like the latest hard disk drives,
CD-recorders, scanners, and printers. FireWire(tm) is a registered
trademark of Apple Computer, Inc. 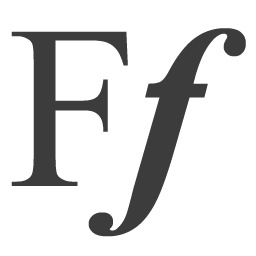