ACI US developed 4D Assimilator in response to an increasing demand from
developers needing to migrate existing projects that were developed with
tools and technologies, which are no longer able to meet their client’s
needs. “4D Assimilator can connect to any database supporting ODBC such as
FileMaker or Access and replicate both the tables and data into a 4D
database,” shares Brendan Coveney, President, ACI US. “4D Assimilator is a
powerful utility which gives developers an easy way of moving their
customers’ databases to 4D.”

4D Assimilator is a beta release and requires 4D Version 6.5 or greater. 4D
Assimilator and a demo of 4D 6.5 can be downloaded at no charge from the
ACI US web site: http://ww.acius.com/assimilator.html

About ACI US
————
ACI US, Inc. is the US publisher of 4th Dimension and the 4D product line,
which has set the relational database standard for over ten years. In 1995,
ACI extended 4th Dimension technology to the Windows platform. ACI US, Inc.
is the U.S. subsidiary of ACI and celebrates this year, the 15th
Anniversary since 4D’s revolutionary introduction into the RAD/RDBMS
marketplace. 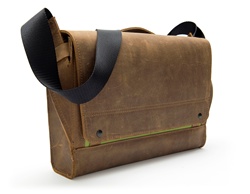