CUPERTINO, California-March 16, 1999-Apple Computer, Inc. today
announced the launch of Darwin-the Open Source release of the Mac OS
X Server operating system foundation. Mac OS X Server is the
Company’s new server operating system which combines the proven
strength of UNIX with the simplicity of Macintosh. Darwin will be
available free to developers in the next few weeks at
(www.apple.com/darwin). With this announcement, Apple becomes the
first mainstream operating system provider to release its source code
to the public and base its system software strategy on Open Source
technologies.

The first release of Darwin consists of the foundation layer of Mac
OS X Server, including enhancements to the Mach 2.5 microkernel and
BSD 4.4 operating system, as well as core Apple technologies like
AppleTalk, HFS+ file system and the NetInfo distributed database.

At www.apple.com/darwin, developers will be able to download the
latest Darwin updates from Apple on a regular basis. Apple will also
promote the web site as a forum for guiding and encouraging Darwin
development efforts from the Open Source community.

“Apple has a proud tradition of innovating in ways that shake up the
computer industry. They’ve done it again with this announcement,”
said Eric Raymond, president, The Open Source Initiative. “The Open
Source Initiative hopes that Apple’s decision to ‘open source’ its
core OS code will point the way for other computer and systems
manufacturers to ‘open source’ their operating systems.”

“This source code license allows Apple and their customers to benefit
from the inventive energy and enthusiasm of a huge community of
programmers, many of whom are found in universities,” said Jos-Marie
Griffiths, University of Michigan’s chief information officer.
“Apple’s intention to make sure any improvements are legitimized and
redistributed has the potential to change the way the whole industry
views support for Open Source.” 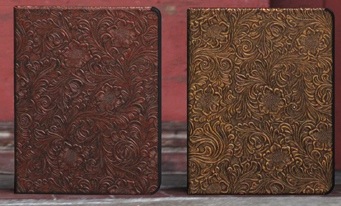 Tweaked Powis iCase for the iPad gets even better

Gartner: cloud computing to be the bulk of new IT spending by 2016