The World Wide Web Consortium (W3C) has announced that the next version of
HTML will be based on the Extensible Markup Language (XML). Interaction is
the first application to support Extensible HTML, combining features from
XML with HTML. The application generates standard HTML pages at serving
time from CSS, XML and Extensible HTML, so web professionals can take
advantage of extensible markup and style sheets while keeping the pages
accessible for all web browsers.

Interaction provides a reasonable priced and easy to use Mac alternative to
expensive site management and dynamic publishing systems like Vignette’s
StoryServer or Inso’s DynaBase. The application keeps a strict separation
between content and presentation, using XML as document format. This makes
websites more flexible, facilitates reuse of content and allows a
centralized design of the look & feel of the pages.

The new release of Interaction has an upgraded visual user interface that
takes advantage of features provided by MacOS 8.5.1. Optional extensions
such as web based threaded forums, chat rooms, and e-commerce have been
upgraded accordingly, so that webmasters can integrate “the three C’s”
content, community and commerce in their sites with the ease of a
sophisticated Mac GUI.

Press package, review copies and screen shots for Interaction 2.5 are
available upon request.

PRICING AND INFORMATION
Interaction 2.5 is priced at $795, and ships on CD-ROM with printed
documentation, telephone- and priority email support, and many
complementary components including web based forums, chat rooms, and
e-commerce. A license allows an unlimited number of Interaction websites on
one computer. Personal licenses are priced at $245, and include the on-line
distribution with up-and-running support. Personal licenses allows up to
three sites. Upgrades to Interaction 2.5 are free for registered customers.
Sales contact: +1(619)437-0664; sales@in-progress.com.

ABOUT MEDIA DESIGN IN*PROGRESS
Media Design in*Progress (http://www.in-progress.com) is the leading
developer of XML based applications for the Macintosh platform and a
pioneer in web based education and virtual community servers. In addition
to the Interaction software, the company provides XPublish, the first
commercial XML website publishing system, and Cascade, the first
comprehensive Cascading Style Sheets editor. The company is privately
owned. Media Design in*Progress has its headquarters in San Diego,
California.

Interaction, XPublish and Cascade are trademarks of Media Design
in*Progress. StoryServer is a trademark of Vignette. DynaBase is a
trademark of Inso. 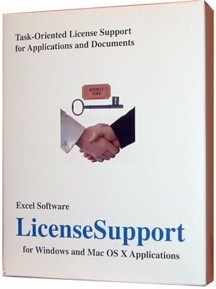