December 30, 1998. ClearWay Technologies, Inc. today announced
“ClearWay Thread Tweaker”, a free plug-in for WebSTAR servers that
improves the performance of threaded server plug-ins such as
NetCloak, Tango, and FireSite. The ClearWay Thread Tweaker re-tunes
WebSTAR’s thread scheduler so that threaded plug-ins get the CPU time
that they need to run smoothly, quickly and efficiently. The new
software is available for immediate download from

The ClearWay Thread Tweaker has been tested (under the name “Thread
Fix”) on hundreds of live Web servers all over the world; no
conflicts or problems have been reported.

ClearWay Technologies, Inc., located in Boston, Massachusetts, is the
leading developer of Internet acceleration tools. Founded in January
1996, and privately held, ClearWay is best known for its FireSite Web
Site Accelerator. Further information on ClearWay Technologies may be
obtained by calling 1-888-55CLEAR, accessing ClearWay’s Web site at
www.clearway.com or by e-mailing info@clearway.com. 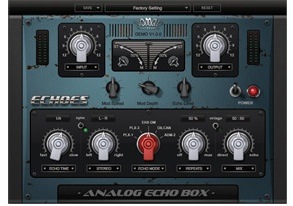 On Air 1.1 is now Universal