The new “folder actions” feature in Mac Os 8.5 is shaping up to be very
popular. In case you’re planning an article or sidebar on folder actions, I
wanted to be sure to get in a plug for my new shareware product, “Folder
Action Setup.” It is a control panel application which lets you manage your
folder action scripts in a window, where you can see what you’re doing —
Apple is only providing a contextual menu interface for folder actions,
which is awkward to use.

You can download version 1.0b2 here, if you want to try it out:
(http://oasis.bellevue.k12.wa.us/cheeseb/downloads/FolderActionSetup.html).
I have finished the final release, but I won’t post it to this URL until
October 9, when Mac OS 8.5 will supposedly go public.

Here’s the Read Me for the final version:

Folder Action Setup is a tool for managing folder actions, a new feature of
the Macintosh operating system introduced with Mac OS 8.5. Everything you
need to make folder actions part of your daily routine is available in a
single, easy-to-use control panel. Apple gave you a limited, contextual
menu interface for working with folder actions. With Folder Action Setup,
you get the window-based user interface that Apple left out of Mac OS 8.5,
with full support for drag-and-drop and other modern Macintosh
technologies.

Folder Action Setup requires Mac OS 8.5 and several components which are
installed with it: the Folder Actions and AppleScript system extensions
(and the AppleScriptLib library file, for PowerPC Macs) and the Standard
Additions scripting addition.

The latest version of Folder Action Setup may be obtained at The
AppleScript Sourcebook
(http://oasis.bellevue.k12.wa.us/cheeseb/downloads/FolderActionSetup.html).
Send comments to Bill Cheeseman at (mailto:cheeseb@mediaone.net).

You may reproduce and distribute unregistered copies of Folder Action Setup
to anyone by any means, so long as this Read Me document is included with
the application and its help files, unchanged, and you charge no more than
the cost of media, shipping and handling.

You may use Folder Action Setup yourself for 30 days without charge on a
trial basis. If you continue to use it thereafter, mail a check for $7.50
US payable to William J. Cheeseman at the address below. Or, if you prefer,
take advantage of the cash discount by mailing a US $5 bill to the same
address (at your own risk). Include your postal or e-mail address, and you
will receive a key to register your personal copy.

AFTER THE 30-DAY TRIAL PERIOD HAS EXPIRED, THE ABILITY TO ATTACH SCRIPTS TO
THE TARGET FOLDER USING FOLDER ACTION SETUP WILL BE DISABLED UNTIL YOU
APPLY YOUR REGISTRATION KEY.

To inquire about site licenses or obtaining the source code, contact Bill
Cheeseman at the above address or by e-mail at
(mailto:cheeseb@mediaone.net).

1) Drop the Folder Action Setup control panel application icon onto your
closed System Folder. Click the OK button when you are asked whether to put
it into your Control Panels folder.

Folder actions are a new feature of the Macintosh operating system,
introduced with Mac OS 8.5 in the Fall of 1998.

Folder actions are compiled AppleScript scripts which may be “attached” to
any folder. They contain special handlers which are run automatically
whenever you open or close the target folder or, while the folder is open,
move or resize it or drag items into or out of it.

Folder actions make it possible to automate many tasks which would
otherwise be difficult to script. Possible uses include the following:

*Managing a “watch” folder where new files might be dropped as a result of
network or file decompression activity. A folder action script could notify
you that a new file has arrived, for example, or automatically reroute it
to another folder based on its name, type or content.

*Setting up workflow automation systems in, for example, the publishing
industry, by using folder action scripts to process documents in stages as
you move them from folder to folder.

*Preventing users from removing required files from a folder.

*Automatically changing files dropped on a folder from one creator type to
another.

Using the disclosing triangles near the top of the Folder Action Setup
window, you can contract the window to keep it out of the way, or expand it
to make three sets of progressively more powerful features available.

1) The smallest panel allows you to turn folder actions on and off
temporarily. Apple does not provide an easy way to turn off folder actions,
so Folder Action Setup will be useful to everybody who occasionally needs
to work with folders without interference from attached folder actions.
They will always be turned on again when you restart your computer.

2) When the minimum window is expanded, you can manage scripts which are
already attached to any folder. In this panel, you can select a target
folder, list all of the scripts that are attached to it, detach any of the
scripts or all of them at once, and open any of them in the script editor
of your choice. You can also verify their compliance with security
requirements, described below.

3) When the window is expanded again, you can manage scripts which have not
yet been attached to the target folder. With the full window open, you can
do everything described above and also select a folder in which a set of
folder action scripts are stored, list all of the scripts it contains,
attach any or all of the listed scripts (or any other script) to the target
folder, and create new scripts in the script editor of your choice. You can
also easily add a Finder comment to any selected script, as a reminder of
what it does.

A useful feature of the full window is the list of scripts that are
available in any folder. This allows you to maintain many sets of related
folder action scripts in separate folders. With Folder Action Setup, you
can select the desired folder, then attach all of the scripts contained in
it to the target folder with the click of a single button. You can even
place aliases in a folder action scripts folder, and the list of available
scripts will automatically list their original items.

Several other powerful features, not available through Apple’s contextual
menu interface, are provided. For example:

* With the click of a button, you can read and edit Finder comments
relating to any script, so that reminders of what the script is designed to
do are readily available while you are managing your folder actions.

-You can select a target folder or a folder action scripts folder by
dragging it from the Finder and dropping it into the designated area of the
Folder Action Setup window.

-You can attach any script to the target folder by dragging it from the
Finder or from the list of available scripts and dropping it into the
attached scripts list box.

-You can detach a script from the target folder by dragging it from the
list of attached scripts and dropping it anywhere else in the window.

-You can copy a script into the current folder action scripts folder by
dragging it from the Finder or from the list of attached scripts into the
available scripts list box.

-You can select a script editor by dragging it from the Finder and dropping
it into the designated area of the Folder Action Setup window.

-You can open a script for editing by dragging it from the Finder or from
either list of scripts onto the name of your chosen script editor.

-You can create a text representation of the path to a script by dragging
the script from either list into any drag-and-drop text application window,
or onto the Finder to create a clipping file.

Folder Action Setup is an AppleScript-based application created with
FaceSpan, the interface builder from Digital Technology International. It
requires Mac OS 8.5, including AppleScript 1.3.2 and Apple’s Standard
Additions scripting addition and Folder Actions system extension (all of
which are part of the standard Mac OS 8.5 system installation). FaceSpan is
not required.

Portions of the software are included under license. Copyright 1998
Digital Technoglogy International. All rights Reserved. For more
information call 801-226-2984 or see (http://www.facespan.com).

-Rearranged buttons to provide clearer visual indication of their scope.

-Extended scope of Verify All button to include scripts available in the
folder action scripts folder as well as those attached to the target
folder.

-Fixed bug in button enable/disable routines for Attach All button.

-Added extensive Apple Help files and linked them to the Help button. 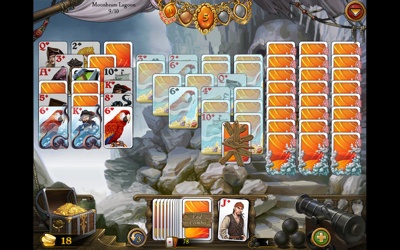