“Apple is making great strides in advancing the Mac OS as a leading
platform for developing and deploying Java technology,” said Phil Schiller,
vice president of Worldwide Product Marketing at Apple Computer, Inc.
“InstallAnywhere Now! makes it easy for Java developers to distribute their
software to a broad audience, and by distributing it with our Java SDK, we
are helping to deliver on Java’s cross-platform promise.”

“Our work with Apple provides an excellent opportunity for InstallAnywhere
to further its reach,” said Eric Shapiro, president and co-founder of Zero
G Software, Inc. “By optimizing InstallAnywhere Now! to take advantage of
the Macintosh features, we’ve made Java applications as easy to install and
run as today’s native applications for the Mac.” 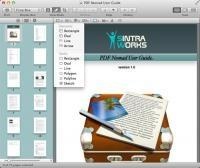