ROHNERT PARK, Calif., August 17, 1998 — Net.Dreams today announced the
immediate availability of MailAgent Pro for reliably sending email from
Mac-based Web sites, now with integrated attachment handling capabilities
and PGP encryption. Compatible with email readers on all platforms,
MailAgent Pro is an easy-to-implement Web-to-email plug-in for any
business-critical, W*API-compatible Web server, such as WebSTAR, WebTen,
and Quid Pro Quo. Available today MailAgent Pro is priced at $249, and can
be downloaded at (http://www.netdreams.com/mailagent/). Users of MailAgent
Lite can upgrade to MailAgent Pro for $199.

“A shocking number of ‘secure’ Web sites gather information over a secure
connection, then turn around and email that information with absolutely no
security in place — including sensitive data like credit card numbers,”
noted CJ Holmes, principal at Net.Dreams. “MailAgent Pro empowers
Webmasters to easily plug this security hole. The PGP encryption
integrated into MailAgent Pro allows the intended recipient, and only the
intended recipient, to read the message. Hackers are simply out of luck.”

“We allow the campus community to request all kinds of services through Web
forms, and the data is usually emailed to whomever processes the request,”
said Amanda Tunison, Webmaster for Sonoma State University. “We had been
restricted by the lack of email security, but with MailAgent Pro we can
reliably provide a whole new class of services through the Web without
compromising users’ privacy.”

MailAgent Pro uses the most widely-adopted standard for adding public key
cryptography to electronic mail — Pretty Good Privacy (PGP). In MailAgent
Pro, the server administrator keeps a list of public keys, called a
“keyring”, of any potential recipients’ key. When a message is sent via
MailAgent Pro a header can easily be added invoking the PGP encryption
technology. Since MailAgent Pro has the recipient’s public key on the
keyring, the message is automatically encrypted without further action from
the end-user.

Unlike Web-to-email solutions that lose messages which can’t be sent right
away, MailAgent Pro persistently attempts to send that message until it
succeeds, even with attachments, even after a server crash. If an email is
completely invalid, MailAgent Pro saves it in a designated folder.
MailAgent Pro sends multiple attachments to Web-generated email with the
same reliability as email without files attached.

MailAgent Pro’s support for binary attachments and intelligent header
parsing gives Webmasters tremendous control over how messages are handled
by the mail system. Webmasters can also control the priority, return
address, content-types of the message and each attachment, and a host of
other MailAgent-specific controls.

Both MailAgent Pro and MailAgent Lite were designed to work with other Web
development tools to expand their technical possibilities, and easily
integrates with WebSTAR SSI 3.0, FlexMail, Tango, Frontier, and WebFM among
others. Any plug-in or CGI that supports AppleEvents or the plug-in
cross-over standard (PIXO) can easily integrate with MailAgent.

Headquartered in Rohnert Park, California, Net.Dreams is a privately held
company pioneering the development of easy-to-use Internet interactivity
tools on the Mac platform. Net.Dreams software is geared toward increasing
the interactivity of W*API-compatible Web servers without requiring custom
programming. Net.Dreams also provides services dedicated to delivering
customized Internet solutions, with a team of programmers, artists, and
consultants whose extensive experience-base reaches back years before the
Worldwide Web. Further information on Net.Dreams can be found at
(http://www.netdreams.com/), by calling 800/327-1406, or sending
mailto:orders@netdreams.com. 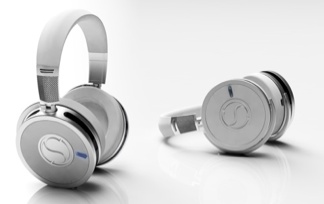