Winter Springs, Florida, May 26, 1998 — Roundabout Logic, Inc. announced
today that it is now shipping the final version of Widgetizer 1.0, the
ultimate tool for the creation of QuickTime VR(TM) Object Movies. The
shipping product features a fresh look, including a new logo and brilliant
retail package. Widgetizer 1.0 comes with a printed manual, as well as
electronic tutorial and extensive samples of QuickTime VR. As an added
bonus, Apple’s(TM) new QuickTime(TM) 3.0 PRO is included FREE.

Widgetizer(TM) is Roundabout Logic’s(TM) peerless rapid object editor for
QuickTime VR(TM). Widgetizer generates interactive QTVR(TM) object movies
which look in at a central point, simulating the effect of holding an
object in the hand and turning it around to view it from all angles.

Widgetizer 1.0 is the most advanced program available for producing
interactive QTVR Object movies for the web and multimedia presentations.
The final exported QTVR movies are playable on both Macintosh and Windows
PCs. Widgetizer features a user-friendly interface, definable hot-spots,
custom backgrounds, frame-based animation, sound integration, image editor
and supports all cameras and device software controlled QTVR object rigs.
All the user adds is the creativity.

Roundabout Logic President Anthony F. Mignone notes, “We’ve been working
day and night to be able to ship Widgetizer, and now it’s finally ready. We
are most happy to include a full-working copy of QuickTime 3.0 PRO,
complete with the user’s individual registration number, with each of the
products. And we’re looking to expand our sales horizons with the addition
of many new distributors and resellers.”

Roundabout Logic is providing free technical support to all registered
Widgetizer customers. “We are dedicated to the customer base, and they can
expect to receive all the support and benefits they require,” says Walter
Neals, Vice President for Sales & Marketing. Neals adds, “We also want to
emphasize that our commitment to educators will remain strong, as will our
efforts to promote every aspect of QuickTime VR.”

Tracey Trumbull, Roundabout Logic Evangelist, adds “Roundabout Logic will
continue to provide the product support that developers need. Our new
releases of Nodester and Widgetizer will give developers the creative
options they want, and some they may not even know they’ll want!” Contact
Tracey at tracey@roundaboutlogic.com.

Widgetizer is beginning to gain notoriety from the world’s Macintosh press
and has already landed high marks in comparative product reviews.
Widgetizer provides the most comprehensive object creation tool set on the
market. For those users who want to get the best of both sides of QuickTime
VR, Nodester and Widgetizer are available together in one package, the
Nodester & Widgetizer Duet 1.0.

Apple Computer, Inc. developed QuickTime VR and has vigorously supported
its adoption as an industry standard. With Apple’s recent release of
QuickTime 3.0, QuickTime VR v2.1 and streaming QuickTime Plug-In v2.0, that
standard has been achieved. QuickTime VR is an extension of Apple’s basic
QuickTime technology and supports two different types of views, QTVR
panorama movies and QTVR object movies. Widgetizer, a rapid object editor,
generates object movies which look in at a center point or plane,
simulating the effect of holding an object in the hand and turning it
around to see all sides, top and bottom. Panoramic editors, like Nodester,
produce movies which look out from a center or nodal point, allowing the
viewer to to simulate turning and viewing 360 degrees around a panoramic
scene. QuickTime VR is an innovative enabling technology for electronic
commerce. Usually implemented as a photo-realistic or 3D rendered virtual
reality, QTVR is finding its way into markets such as product catalogs,
real estate, museums, education, automotive and travel industries, etc.

Macs Pre-loaded with Parallels Desktop for Mac and Windows XP 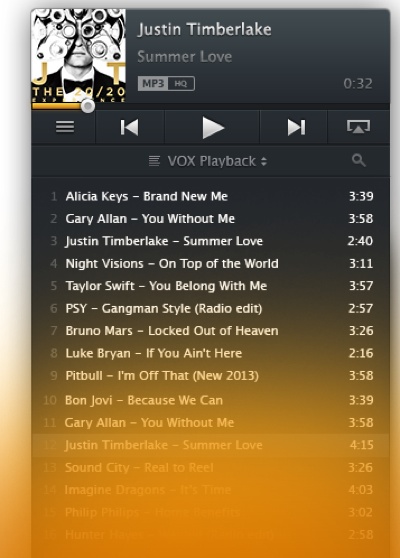