Santa Barbara, CA, April 30, 1998. Tenon Intersystems today announced a web
software development kit (SDK) that integrates Macintosh and UNIX Apache
web development with a universal plug-in architecture. The new development
tools let Macintosh developers create web plug-ins that can run on both
MacOS and on Rhapsody and let UNIX developers seamlessly move their web
applications to MacOS. Because the tools are based on the widely accepted
Apache internet web plug-in standard, Macintosh web developers can take
advantage of a large body of web tools and back-end web solutions that up
until now have either been excluded from the Macintosh platform or needed
to be replicated specifically for the Macintosh community. “We are leveling
the internet playing field for Macintosh web developers,” said Steve
Holmgren, President of Tenon. “The Macintosh is a world-class content
creation platform. Now, with Tenon’s high-performance web server and
advanced web development tool suite, we have lowered the barrier for
Macintosh to become a world-class content delivery platform.”

Tenon’s web offering, WebTen, is based on Apache, the most popular web
server in the world. Over 850 thousand machines world-wide are running
Apache web servers, and hundreds of web tools and web applications have
been developed for the Apache architecture. With Tenon’s new web
development toolkit, all of these Apache modules, as well as commercial
Apache-compatible applications can seamlessly be ported to the Macintosh.
Macintosh plug-in developers that elect to convert their existing
Macintosh-based web tools to the standard Apache interface will have a
single, consistent source code base both for MacOS and for Apple’s
next-generation OS, code named Rhapsody. In addition, they can port their
plug-ins to other UNIX and NT Apache implementations and greatly expand
their market.

Tenon’s new software development environment, the WebTen SDK, is designed
to work with either Metrowerks’ CodeWarrior or with Tenon’s own UNIX OS,
MachTen. This means that Macintosh developers can create Apache web server
extensions and add-ons using standard Macintosh development tools. And UNIX
developers can move their web applications to MacOS using standard UNIX
development tools. Later, as Rhapsody becomes available, a straightforward
recompilation will transform a MacOS web product to a Rhapsody-based web
product. “We were amazed at the ease with which our Apache UNIX version of
DynaMorph ported to the native WebTen environment”, said Marc Slack,
President of Morph Technologies. “Tenon’s support of UNIX standards opens
up possibilities previously unattainable to the Mac community. We see this
as a real boon for the future of the Macintosh as a viable web server.”

The underlying foundation of WebTen has been extended to enable new web
modules to be dynamically included with WebTen at runtime. WebTen relies on
the MacOS Code Fragment Manager to create shared, dynamically loadable
modules that implement the Apache module standard. Once created, these
modules can be simply dragged and dropped into a “modules” directory for
inclusion into WebTen. Webmasters will be able to transform a simple web
server with static pages to a full-strength web server, supporting Java
server applets and ODBC database accesses with a simple configuration step.
One popular Web scripting module, PHP 3.0, has already been created as
dynamically linked WebTen Apache module. Additional modules will be ported
during a developer beta program. Developers interested in getting a head
start with this new architecture can contact Tenon at info@tenon.com. At
the conclusion of the beta period, Tenon will make the WebTen SDK and the
ported public-domain Apache modules freely available.

Consistent with Tenon’s goal to make the Macintosh platform a world-class
networking engine, these two new components – an Apache module SDK and a
dynamically configurable version of WebTen – allow Macintosh developers to
combine the power and strength of UNIX web server tools with the speed,
user friendliness and economics of the Macintosh.

Tenon Intersystems is a leader in high-performance networking, UNIX and X
software for the Macintosh. Founded in 1989 and located in Santa Barbara,
CA, Tenon has developed a suite of products based on their unique “UNIX
virtual machine” technology. Products in this series include MachTen,
CodeBuilder and XTen. WebTen and NetTen are offerings in a new suite of
industrial-strength, “Rhapsody-Ready” internet Macintosh applications.

The coming of Internet TV 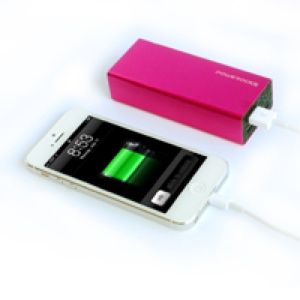