Albuquerque, NM – February 27, 1998 – Long time NeXTSTEP/OpenStep/Rhapsody
developers, Stone Design Corp, makers of Create(TM), and Caffeine Software,
makers of TIFFany(TM), announced today that their acclaimed Licenser Kit
has been updated and improved, and future upgrades of the kit are free at
least until the year 2001.

The Licenser Kit allows developers to quickly add the level of
copy-protection security they require, including the following, combinable
options for generating restricted usage:

* Tie license to user name
* Tie to host ID (now including Windows 95/NT!)
* Create floating network licenses
* Allow as many users as desired
* Have unlimited number of licenses on a network
* Add licenses on the fly (cumulative licensing)
* Automatically unlicense if application is moved or copied
* Generate expiring licenses for “full strength” demos
* Automatically track the licenses currently in use on the network
* Fully customizable through subclassing and interface files
* Only you, the Developer, knows the encryption code for your apps
* Full source for License Generation app included
* Royalty free
* Free upgrades at least until 1/1/2001

The Licenser Kit has been in development and testing for over five years by
Caffeine Software and Stone Design, and is the choice software protection
solution for all the top Rhapsody developers, including Anderson Financial
Systems Inc., P&L Systems Ltd., OneStep Solutions Plc., Jenike & Johsanson,
Inc., Robert Vasvari, and other not yet publicly disclosed Rhapsody and
YellowBox developers.

“We’re delighted to have such a simple and reliable way to provide cross
platform security for the Mesa spreadsheet,” said Malcolm Crawford,
Marketing Manager at P&L Systems.

“When we ported PasteUp and WriteUp to OPENSTEP and Rhapsody, we wanted a
licensing solution that would run without modification on all supported
platforms,” said Gregory H. Anderson, Founder and CEO of Anderson Financial
Systems. “Adding the Licenser Kit support was quick and easy, because it
was written by people who really understand how this kind of programming
works.”

“We have been impressed with the expeditious manner in which they have
listened to our ideas and incorporated them into the kit,” said David
Andrew Knight of OneStep Solutions Plc.

Added to this release is a network license monitoring system that permits
users to see who is using the same application, which is very helpful when
all of the licenses are already in use. The people using the licenses and
the machines they are using them on are automatically listed in the
Licenser Kit panel.

Another new feature is the ability for a software house to have licenses
generated for one application that can be used in another application, but
not vice-versa. This comes in handy when developers offer a “pro” product
along with a “companion” application, for example.

“Experience proves that with sensitive code like license generation
software, you only want to invest in the best product,” said Ralf Brunner,
Chief Cryptologist of The Licenser Kit. “Comprehensive solutions to
protecting code from piracy and tracking licenses can takes years of
development and coding expertise. Caffeine Software and Stone Design are
committed to helping professional developers bring their products to the
market, and the Licenser Kit can make it happen very quickly.”

The Licenser Kit is available now for Rhapsody Developer Release, Apple
YellowBox for Windows, OpenStep 4.x, OpenStep Enterprise for Windows and
NT, and NeXTSTEP. Unlike competing products, The Licenser Kit supports
network floating licenses, where a license can be installed on the network
and shared by all users, which gives the developers better copy protection
control and is extremely end user friendly. The floating licenses are well
suited for site licensing. Moreover, the Licenser Kit enables users to
purchases an initial number of floating licenses, and later increase this
number using the Kit’s cumulative license strategy. Of course, expiring
(timebomb) licenses can be generated on the fly by the developer for fully
functional demonstrations.

The Licenser Kit offers unlimited module licensing, meaning that each
license can be set to enable any number of functionality sub-sets, such as
differentiation between pro-version or basic-version, or to switch on and
off individual modules.

For more information about the Licenser Kit, please visit www.stone.com or
call Stone Design at 505-345-4800 during regular business hours. The
Licenser Kit has an introductory price of $1995, and developers can use the
Kit for all the applications they produce in-house on a royalty-free basis.
The Licenser Kit is your key to the timely release of Rhapsody/Yellow Box
applications.

Corporate Backgrounds:
Stone Design Corp. in Albuquerque, New Mexico was formed in 1984 and was
the first developer to ship a product on NeXT Hardware in 1989 with the
release of TextArt. Since then, Stone Design has been a leader in
innovative shrinkwrap software in the NEXTSTEP/OpenStep/Rhapsody
marketplace. Create(TM) – the high end drawing and web page making package
– is Rhapsody and Apple Yellowbox’s first application.

Caffeine Software was founded in 1990. The company quickly specialized in
custom image processing for the NeXT computer system. In 1993, Caffeine
Software presented TIFFany, a high-end imaging package. Since then,
Caffeine Software has extended the product line with other applications for
imaging needs while TIFFany maintained it’s reputation as the most renown
imaging package on NeXTSTEP and OpenStep. Since 1997, Caffeine Software
specializes in custom-made applications for specific imaging and batch
processing needs for individual customers. 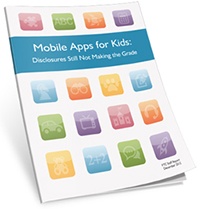