“Each successive NeoAccess release builds upon its predecessor,” said
NeoLogic President Bob Krause. “For us, the bottom line is to provide
powerful capabilities for our customers while reducing the amount of code
they have to write. The distributed object model in NeoAccess 5.1
represents another significant leap forward in this constant evolution.”

NeoAccess is a cross-platform, object database management system which
increases performance and simplifies the development of data intensive
applications. NeoAccess is the most widely used database for the desktop.
Its exceptional speed, tiny memory footprint and no runtime licensing
structure have made it the ideal solution for organizations such as
Netscape Communications, America Online, Compuserve and NetObjects, as well
as hundreds of other companies offering sophisticated media-rich products
for the desktop.

1. a powerful object persistence mechanism that brings objects and variable
length data into memory on demand;
2. organizational constructs for sorting groups of objects and managing the
complex relationships that exist between them;
3. a relational query engine which provides fast access to memory with a
tiny memory footprint (as small as 350K).

With NeoAccess 5.1, NeoLogic introduces a fourth functional layer often
described as location independent access. This layer allows objects within
an application to be distributed across multiple databases. An object in
one database can refer to objects in other databases. NeoAccess-based
applications use this feature to access objects in multiple databases as if
they all resided in a single repository. This location independent layer is
a modular design that enables the development of even more complex
applications which can be easily updated without making changes to
application code.

Software engineers can also take advantage of NeoAccess’ powerful testing
harness to easily construct and perform all of the necessary tests involved
in the development of commercial applications. Individual tests can be
grouped into test suites for thorough, flexible analysis. Both tests and
suites can be scheduled to run serially, in parallel, and/or selected at
random. This functionality ensures that quality assurance objectives are
achieved at all levels of the development process. Overview of Significant
New Features

* A distributed object model for cross-referencing objects.
* A powerful, easy to use testing harness.
* Improvements to existing capabilities:

1. Iterators can return a numeric value indicating the relative position of
the current entry in the overall collection being iterated.

2. String indexing performance has been improved and certain limitations on
their use have been removed.

Pricing and Availability
NeoAccess 5.1 single developer toolkits begin at $749 per developer. Site
licenses, as well as educational and volume discounts are also available. A
technical overview and free evaluation copy of NeoAccess 5.1 sample
applications and source code can be obtained via the web at:
http://www.neologic.com. NeoAccess 5.1 is available now in Windows,
Macintosh and UNIX versions.

About NeoLogic
Formed in 1987, NeoLogic Systems, Inc. is a leading provider of
object-oriented technology. With NeoAccess, NeoLogic provides an object
database engine for building sophisticated applications on all major
platforms, including Windows, Macintosh and UNIX. NeoLogic customers
worldwide have successfully used NeoLogic object-oriented tools for
thousands of software applications. NeoLogic offers core technologies for
the professional developer. NeoLogic customers include Kodak, Nikon,
Johnson & Johnson, Apple, Broderbund and Corel, among others. NeoLogic
Systems, Inc. is located in Berkeley, California. Additional information
about NeoLogic and its products may be obtained via the web at:
http://www.neologic.com. 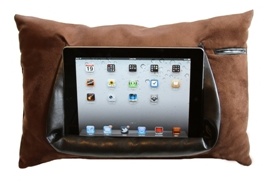 Let your iPad rest on an ePillow

Apple/Foxconn reforms could have a ‘ripple effect’