BE DEMONSTRATES BeOS FOR INTEL PCs

Developer conference demonstration is prelude to the next BeOS product
release and expansion of developer opportunity.

BOSTON, Massachusetts (August 4, 1997) – Before an audience of software
developers at the Be Developer Conference in Boston today, Be, Inc.
demonstrated for the first time the Be Operating System (BeOS) running on
Intel-based personal computer hardware. The company went on to announce
that it will simultaneously release Intel and PowerPC versions of its
widely acclaimed OS with its next release in January.

“Our goal is to meet the needs of customers doing digital content design –
no matter what hardware platform they may be using.”, said Jean-Louis
Gasse, president and CEO of Be, Inc. “BeOS for Intel opens the door for
an even broader customer audience to take advantage of our technology. At
the same time, we will expand the market – the business foundation – for
BeOS software developers. BeOS for Intel represents an acceleration of our
company’s strategy, and we’re looking forward to the opportunities the move
represents.”

During the conference’s general session, Be engineers and marketeers
demonstrated identical functionality on both Intel and PowerPC processor
platforms – from performance characteristics through user interface and
experience. Company officials explained that the main differences the user
will see will have to do with the relative performance characteristics of
the individual processors, and the cost of the underlying hardware.

“Our goal is to ensure that software developers can easily produce
applications that will run on either Intel or PowerPC platforms, and the
portable architecture of the BeOS is a tremendous advantage in achieving
that goal.”, said Erich Ringewald, chief technology officer at Be, Inc.
“Our ability to move the BeOS to the Intel processor architecture has been
further enhanced by the encouragement and assistance of the folks at Intel.
Working with them has been an excellent experience and we look forward to
further collaboration in the future.”

The demonstration and pending introduction of BeOS for Intel processors
continues the company’s strategy of delivering products designed to meet
the high-performance needs of digital content design and Internet
communications. The BeOS is a new operating system environment that removes
the limitations and complexity of the aging architectures of current
mainstream operating systems. The engineering team at Be didn’t start with
an existing OS and transform it, they started with a concept called the
Media OS (http://www.be.com/products/beos/mediaos.html) and optimized every
portion of a new OS – the BeOS – for handling digital media. The BeOS is
the first new operating system designed to unlock the door to much more
powerful personal computers, and extract more performance from the systems
we use today.

Be announced on July 16 that it had begun shipments of the BeOS Preview
Release, the first release of the new operating system available to the
general public. Customers can purchase the BeOS Preview Release for
PowerPC via the company’s web site at http://www.be.com. In addition, the
company has announced that leading Macintosh/PowerPC magazines in six
countries would be bundling full, unrestricted copies of the BeOS with
issues distributed in August and September. These include MacUser (US and
Canada), MacPower (Japan), UniversMac (France), MacUP (Germany) and MacUser
UK. The distribution agreements mark the beginning of an aggressive
year-long campaign to seed the market and to build a business foundation
for BeOS software developers.

At Macworld Expo, which begins Wednesday, Be and its developers will be
demonstrating am array of newly announced and introduced software
applications written specifically for the BeOS. The Be booth can be found
in the Boston World Trade Center (booth number 5119.) Complete details on
the features of the BeOS Preview Release, and a complete list of BeOS
capable hardware systems, can be found at http://www.be.com/products/.

Be, Inc., founded in 1990 by Jean-Louis Gasse, is a software company
focusing on building new foundations for the next generation of digital
content and media design tools. With a team of industry-leading engineers
and business executives in the United States and Europe, the company is
dedicated to removing the limitations of existing computer architectures
and delivering a new level of price performance. In 1997, Be is publishing
the first public releases of the Be Operating System (BeOS), the core
product of this strategy. Additional information on Be and the BeOS is
available online at http://www.be.com. Be, Inc. is headquartered in Menlo
Park, California. More information about Be and the BeOS can be found
online at http://www.be.com. 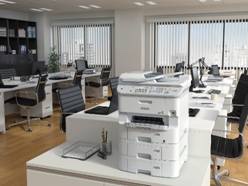