“When development manager Ian LeGrow asked Corel Corporation’s
management if he could port Windows-based CorelDRAW to the Mac OS
platform, the idea was received less than enthusiastically.
“In the summer of 1995, my managers were under the impression that the
Macintosh was near death,” says LeGrow. “But after discussing the size of
the Mac OS installed base and the ease of porting a Windows-based product,
they let my team have a go at it.
“Now, two years later, Corel views the Mac OS platform in a whole
different light.”

Thus begins an excellent porting PC-to-Mac success story, “How Corel Made
Its Mark in the Mac OS Market,” by Kris Dalebout Newby in the May issue of
Apple Directions. I’ve included a brief summary of the article below,
which you may reprint, including the URL for the online version of the
article
(http://devworld.apple.com/mkt/informed/appledirections/may97/devspotlight.
html).

Corel Corporation recently ported its first product to the Mac OS
platform, and so far they’re extremely pleased with the results. In the
first four months of CorelDRAW shipments, Corel earned U.S. $7 million in
revenues. Development of the Mac OS version took less than a year from
start to finish and has been such a lucrative business endeavor for Corel,
the company is in the process of moving three other products to the Mac OS
platform.

To learn more about how Corel successfully ported its products to the Mac
OS platform, read Kris Dalebout Newby’s article, “How Corel Made Its Mark
in the Mac OS Market,” in the May 1997 issue of Apple Directions online at
(http://devworld.apple.com/mkt/informed/appledirections/may97/devspotlig
ht.html). 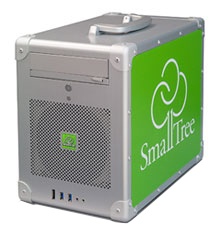