As with its entire spectrum of development tools, Symantec is making good
on its commitment to the Macintosh development community by delivering the
most complete set Java development tools, which includes Caf&eacute, Visual
Caf&eacute (Rapid Application Development environment for Java) and Visual
Page (WYSIWYG HTML authoring tool). Netscape recently pledged its support
for the Symantec approach with their recently announced partnership to
license the Symantec Just-in-Time compiler for the Macintosh.

“Macintosh developers asked us for faster Java performance on the Mac, more
powerful debugging and development tools and we’ve responded with the
Caf&eacute 1.5 upgrade. Symantec is well aware that a large percentage of
Web development takes place on the Macintosh platform, and we intend to
take that arena seriously,” said Mansour Safai, general manager of
Symantec’s Internet Tools division. “We’re pleased to be upgrading
Caf&eacute for Macintosh, because it means Macintosh developers can share
the advantages of the latest Java development technologies.”

Symantec Corporation develops, markets, and supports a complete line of
application and system software products designed to enhance individual and
workgroup productivity as well as manage networked computing environments.
Platforms supported include IBM personal computers and compatibles, Apple
Macintosh computers as well as all major network operating systems. Founded
in 1982, the company’s global operations span North America, Europe and
several fast growing markets throughout Asia Pacific and Latin America and
Japan. Information on the company and its products can be obtained by
calling (800) 441-7234 toll free or (541) 334-6054.

This press release contains forward-looking statements. There are certain
important factors that could cause Symantec’s future development efforts to
differ materially from those anticipated by some of the statements made
above. Among these are the anticipation of the growth of certain market
segments, the positioning of Symantec’s products in those segments, the
competitive environment in the software industry, dependence on other
products, changes to operating systems and product strategy by vendors of
operating systems, and the importance of new Symantec products. Additional
information concerning those and other factors is contained in the “Risk
Factors” section of the company’s annual report on form 10-K for the fiscal
year ended March 29, 1996 and the company’s quarterly report on form 10-Q
for the fiscal quarter ended December 27, 1996. 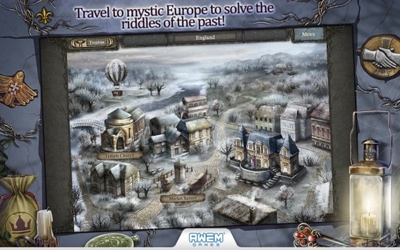