By putting a dramatically more accessible and automated interface on
SuperCard, Allegiant is expanding the market for its flagship product.
SuperCard 3.0 provides a significantly easier to use interface, including
extensive point-and-click scripting automation.

“This upgrade, along with Roadster, opens up a huge new world for our
installed base to distribute their SuperCard work in the multi-platform Web
world,” explained Stuart Henigson, Allegiant’s VP of Marketing. “And with
the new interface, we have at the same time been able to put ‘Java-like’
Web application power into the hands of just about anyone who can point and
click.”

To make the product more approachable for new users, SuperCard 3.0
introduces the new Project Editor, a single editor that combines project
overview with screen layout and editing functionality, all in an
easy-to-use, “point-and-click” graphical user interface.

These dramatic new user interface improvements extend throughout the
product and make solutions built in SuperCard 3.0 easier to achieve. Key
features of the new release include ClickScript(TM), which automates the
generation of thousands of interactive scripted actions through its
point-and-click interface; the Property Inspector, for quickly viewing and
changing properties of objects; and powerful extensions to SuperCard’s
ability to display external media, which enhances Web development and
improves memory usage.

“This release responds to three key audiences: Web developers and trainers
who can now take a fresh look at SuperCard as a powerful Web authoring
platform for media-rich web sites and distance learning; educators who will
be empowered by both the interface improvements we’ve made and dramatically
lower education pricing; and of course our installed customers, who have
already discovered the potential of SuperCard and are now able to extend
the reach of their SuperCard content on the Web using Roadster,” explained
Henigson. “There’s really never been a more versatile tool for building
compelling Web sites and applications than SuperCard 3.0. With Roadster,
we’re reaching out to customers who have only dreamed of this kind of power
in an affordable and easy-to-use authoring system,” he added.

Other key features of the new release include:
– Project Browser, for organizing primary elements of projects such as
windows, menus and resources;
– Support for referencing and controlling media using URLs, to facilitate
“one-click” Web deployment;
– New Tools and Colors palettes for faster object creation;
– Enhanced visual effects within objects and color icons;
– Continuous sound playback;
– External media improvements, including those that increase performance,
reduce memory and permit referenced graphics to be displayed within any
graphic shape, including polygons;
– Additional file format support for importing GIF, JPEG, BMP and
ART-compressed graphics, and RTF text;
– Completely rewritten documentation, including a new 847-page Script
Language Guide — delivered both on paper and on-line — the most
comprehensive guide ever produced for a HyperTalk-based language.
– Dozens of new script language enhancements.

“For anyone creating media-rich Internet applications, training courseware,
multimedia content titles, or custom applications, I believe we’ve really
hit the mark with version 3.0,” said Sean Baird, Product Manager for
SuperCard. “The revised user interface, especially the new ClickScript
feature, and the breadth of other new features in SuperCard 3.0 make it a
release that even people new to multimedia authoring will feel comfortable
investing in; it really is the most powerful and efficient multimedia
authoring software on the market today,” Baird added.

The new Project Editor was designed from the start to incorporate
significant Web authoring features. Users can select whether a new document
will be deployed on the Web with Roadster, on the desktop, or both.
SuperCard 3.0 even provides a browser emulation mode for design and
debugging, which includes the ability to simulate various modem speeds, and
automatic creation of an HTML document in which to embed the project.

Allegiant Roadster is an Internet Browser plug-in for Macintosh and Windows
users that Allegiant has made available as a public beta for several months
on its Web site at http://www.allegiant.com. First announced at the Boston
Macworld Expo in August 1996, Roadster provides a more streamlined approach
for developers to deliver truly interactive multimedia applications within
popular Web browsers.

Easier to use than scripting complex HTML pages, programming in Java or
requiring viewers to download multiple plug-ins, Roadster supports most
aspects of SuperCard’s multimedia power and scripting language in a single
plug-in. One powerful and unique new feature of the scripting language
designed specifically for Roadster is script control over media pre-loading
and caching — for maximizing Internet bandwidth and providing more
complete control over a viewer’s Web experience.

SuperCard 3.0 is available immediately. The upgrade price from all previous
versions is $99.95. The estimated selling price for SuperCard 3.0 is $329,
with educational pricing of $129.95. Customers who purchased SuperCard 2.5
after November 1, 1996 are entitled to a free upgrade. Site Licenses and
Educational Lab Packs are available.

Allegiant also develops Allegiant Marionet, a highly-rated script-level
interface to the Internet that allows developers to integrate complete
Internet protocol support inside most popular authoring tools and
productivity applications. Marionet was recently licensed by Apple Computer
to provide core capabilities for deploying custom Internet applications to
serve their broad base of Internet users. 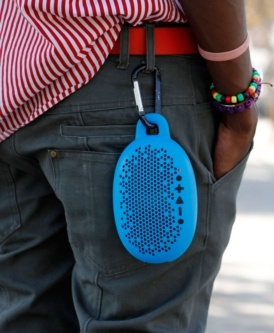