IMAP is a fast-growing industry mail standard for next generation mail
services, and an evolution of POP (Post Office Protocol)/SMTP (Simple Mail
Transport Protocol) mail protocols in wide use today. For Mac OS customers,
IMAP will provide increased control over the exchange of electronic
messages and flexibility in message access. IMAP permits a user to
selectively download messages at any particular time. Messages left on the
server can be retrieved at another time or from a different workstation.

Apple announced support for the IMAP standard yesterday at the second
International IMAP Forum, hosted by the University of Washington. “It is a
testimony to the attractiveness of open Internet standards that
client-server POP mail has become pervasive despite its inferiority in
feature set to the host-based mail systems that preceded it,” said Larry
Tesler, vice president of Apple’s AppleNet division. “Apple is committed to
incorporating standard Internet technologies into our products, but we are
equally committed to providing customers the best on-line experience. With
IMAP, we can go along way to meeting both goals at once.”

“Apple support for key open email and groupware standards such as IMAP and
LDAP means the Cyberdog client and Macintosh server software will be able
to interoperate with Netscape Communicator and Netscape SuiteSpot servers,”
said Eric Hahn, senior vice president of Servers at Netscape. “Common
Internet mail and directory standards such as IMAP and LDAP provide
customers with freedom of choice in selecting the interoperable tools that
work best for them from a broad variety of vendors.”

Apple is working closely with its developer community on IMAP products.
Companies and institutions who are developing IMAP mail products for the
Mac OS include Mail Drop from Baylor University, PowerMail for IMAP by CTM,
Mulberry by CydaSoft, Simeon from Esys, and Mailstrom by Tree Star
Software. Piquant Software is developing IMAP client and server products
for the Mac OS.

The IMAP Protocol: Benefits to End Users An IMAP mail server stores all of
a user’s mail messages on a central server. Although a user may download a
message to a local workstation, a copy is retained on the server. With a
POP/SMTP-based mail server, once a message is downloaded to the client
machine, the mail server automatically deletes the message. As a result, a
user’s mail resides on a single machine or is scattered among different
machines. For the education market, where users typically outnumber
available computers, students can use any workstation to access all of
their mail.

IMAP is a robust protocol giving users greater control over downloading
mail messages to their machine. IMAP sends only the headers of new mail
messages allowing users to decide which messages to download for reading.
Mobile professionals on the road can save time by no longer, having to
download all their new mail at once. Instead they can download only the
messages needing attention first and save other messages, such as mail with
file attachments, for downloading at another time or when they return to
the office network. Also, mobile professionals no longer need to carry all
their mail with them or be concerned with losing messages during network
connection failure. 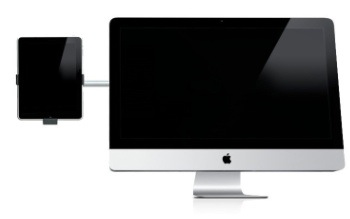 LeviSync is a new iPad dock for an iMac 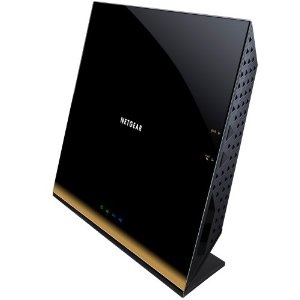