CUPERTINO, California–Oct. 16, 1996–Apple Computer, Inc. today announced
results for its fourth fiscal quarter ended Sept. 27, 1996. For the
quarter, Apple’s revenues were $2.321 billion, a decrease of $682 million
fromthe fourth quarter a year ago, but a sequential increase of $142
million from the quarter ended June 30, 1996. Unit shipments for the
quarter were approximately 932,000, a decline of 26 percent from the year
ago quarter but a sequential increase of 11 percent from the June 1996
quarter. International revenues represented 47 percent of the quarterly
total.

Net income for the quarter was $25 million, or $.20 per share, compared
with $60 million, or $.48 a share, in the same quarter a year ago. The
Company’s operating income for the quarter was $34 million, a sequential
improvement of $150 million from its $116 million operating loss in the
June 1996 quarter. Included in the fourth quarter’s operating results was
an adjustment of prior period restructuring charges which reduced pre-tax
operating expenses by $28 million. Without this adjustment, net earnings
would have been approximately $8 million, or $.06 per share.

“We continue to make progress in strengthening Apple’s financial
condition, as our $410 million in positive cash flow from operations
during the quarter suggests,” said Apple Executive Vice President and
Chief Financial Officer Fred D. Anderson. “We’ve reduced inventories by
nearly $400 million since June and completed the quarter with over $1.7
billion in cash and short-term investments. Gross margins increased due to
several factors, including declining component costs, improved
manufacturing efficiencies, and sales of previously reserved inventory. We
achieved further sequential reductions in operating expenses, primarily in
general and administrative functions.”

“By increasing revenues sequentially and fortifying Apple’s financial
position in each of the last two quarters, we have achieved two very
critical goals of Apple’s transformation,” said Apple Chairman and Chief
Executive Officer Dr. Gilbert F. Amelio. “We remain confident about
reaching sustainable profitability by the end of Q2’97. As we move
forward, our challenges will be to extend our competitive leadership in
key markets and to reclaim the mantle of industry pioneer and innovator.

“The question before us is not ‘Will Apple survive?’,” said Dr.
Amelio,”but rather, ‘How will Apple establish leadership in the emerging
digital era of the Internet and multimedia?’ We plan to do so with strong
management, a relentless dedication to quality, and a passionate
commitment to our role as industry innovator.”

For the Company’s fiscal year ended Sept. 27, 1996, revenues were $9.833
billion, an 11 percent decrease from the prior year. The net loss for the
year was $816 million, or a loss of $6.59 per share, compared with net
income of $424 million or $3.45 per share in fiscal 1995. The largest
contributors to the fiscal 1996 loss during the year were after-tax
inventory writedowns of $388 million in the second quarter, net
restructuring charges of $113 million during the year, and after-tax
warranty and related expenses that were approximately $126 million greater
than historical rates would suggest.

For the year, international revenues accounted for 52 percent of Apple’s
net sales, compared to 48 percent in fiscal 1995.

Except for the historical information contained herein, the statements
regarding establishing competitive leadership, effecting innovation,
addressing quality issues, introducing new products, continuing focus on
certain industry growth areas, and the timing of execution of the
Company’s business plans are forward-looking statements that involve risks
and uncertainties. Potential risks and uncertainties include, without
limitation, continued competitive pressures in the marketplace; the effect
competitive factors and the Company’s reaction to them may have on
consumer and business buying decisions with respect to the Company’s
products; the consequences competitive factors and buying decisions may
have on current inventory valuations; the ability of the Company to make
timely delivery of successful technological innovations to the
marketplace; the ability of the Company to successfully resolve its quality
issues; the effect of any future losses on the Company’s needs for
liquidity; the effect of the announced business restructuring on the
future performance of the Company, especially the performance of the
Company’s employees; and the need for any future restructuring, and the
effect that it might have on the performance of the Company. More
information on potential factors that could affect the Company’s financial
results is included in the Company’s Form 10-Q for the third fiscal
quarter and will also be included in the Company’s Form 10-K for the 1996
fiscal year, to be filed with the SEC.

Apple has achieved many of the most critical goals of its transformation,
and remains confident about reaching sustainable profitability by the end
of Q2’97. Sales have not only stabilized, but grew during this quarter;
and over the last two quarters, the operating expenses have been
significantly reduced. Going forward, the Company’s challenges will be to
extend its competitive leadership in key markets and to reclaim the mantle
of industry pioneer and innovator.

Apple continues to make progress in strengthening the Company’s financial
position. The Company achieved $410 million in positive cash flow from
operations during the quarter, reduced inventories by nearly $400 million
since June, and ended the quarter with over $1.7 billion in cash and
short-term investments, which is $610 million more than our outstanding
debt. Gross margins increased due to several factors, including declining
component costs and improved manufacturing efficiencies. The Company
achieved further sequential reductions in operating expenses, primarily in
general and administrative functions.

3.Apple’s Sales Grew During the Quarter.

After stabilizing sales in Q3, revenues increased from $2.179 billion in
the June quarter to $2.321 in the September quarter. Sales in the US K-12
education market were higher this quarter than in any other quarter in the
Company’s history. Sales to business customers were also up notably from
last quarter.

Parallel to its efforts to stabilize sales and control expenses, Apple is
taking proactive steps to renew its product offering, and to be able to
meet key market expectations, in a competitive way. Examples of this broad
effort include:

* The total renewal of the PowerBook family, with the expected
introduction of a new PowerBook on Oct. 21, 1996, and a number of
additional new PowerBook models expected to appear throughout 1997;

* Apple’s intention to aggressively pursue the home market with products
at a range of price points.

* Apple’s plans to introduce a Performa system to meet the specific
demands of the home and education market.

Apple expects sales volumes in the first fiscal quarter to be relatively
comparable to Q4’96 volumes, in spite of anticipated lower PowerBook
sales, due to the start of a planned new product transition over the next
two quarters. The mix will shift towards consumer-oriented products, and
PowerBooks will be in a ramp-up mode. Beginning in the second quarter,
Apple expects to begin to experience some modest year-over-year growth.
Apple feels good about it’s ability to sustain gross margins at or above
the 20 percent level, and expect to hold operating expenses to around $500
million a quarter.

For the full financial statements for Apple Computer, please point your web
browser of choice at
(http://product.info.apple.com/pr/press.releases/1997/q1/961016.pr.rel.q4earning
s2.html#operations) 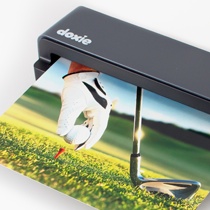