iPhone sales are up 9% annually in the third quarter 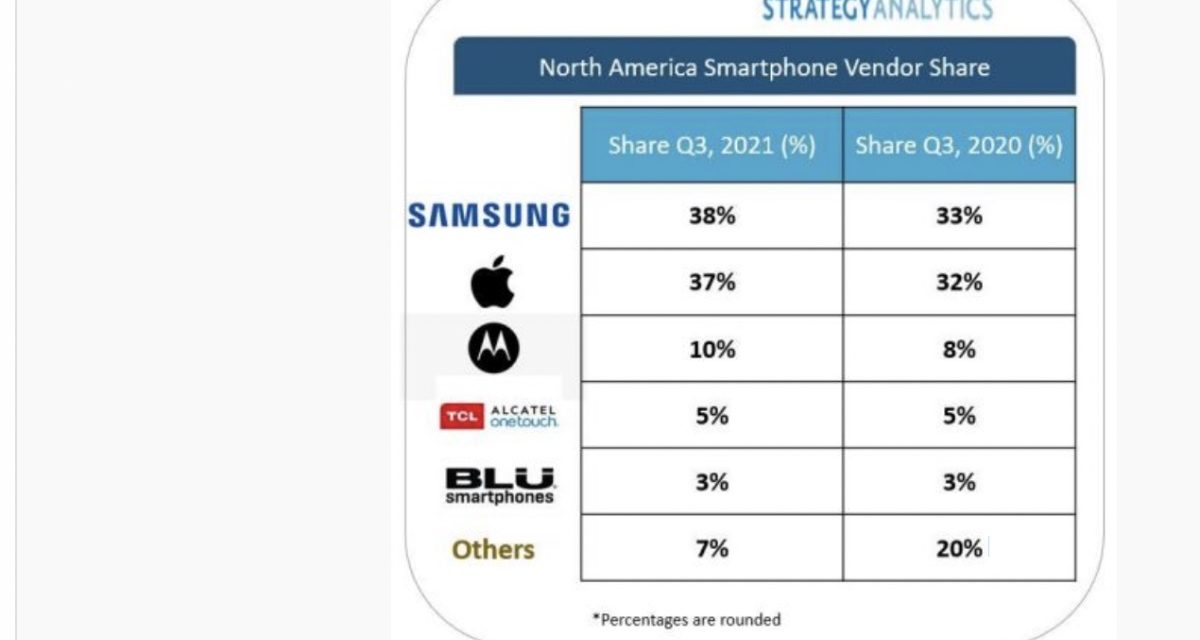 According to the latest research from Strategy Analytics, Samsung is the top smartphone vendor in North America in quarter three of 2021. Apple was in second place.

The Top-5 smartphone vendors by shipments for the region captured 93%of total shipments to the region, according to Strategy Analytics. North American smartphone shipments were down 7% annually in the third quarter of 2021.

“Apple’s newly introduced iPhone 13 5G smartphones drove a late third quarter 2021 surge in shipments, which along with its older iPhone 12 models drove positive annual growth of 9% annually in the third quarter of 2021,” says Linda Sui, senior director at Strategy Analytics. “Apple’s growth would have been even stronger were it not for component shortages and manufacturing disruption in Asia that limited its ability to meet demand for its new iPhone 13 series smartphones.”