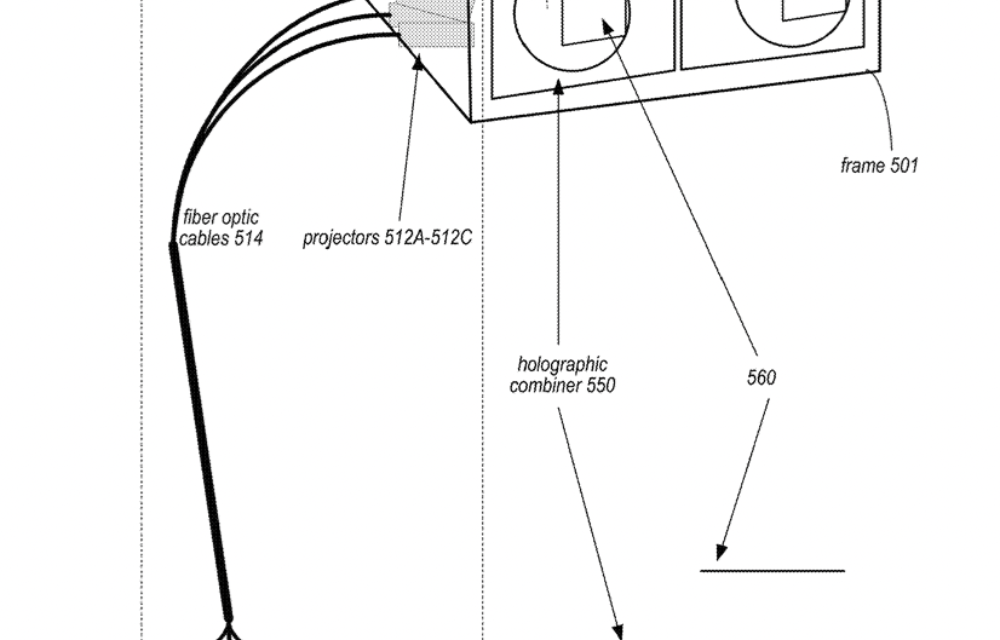 Apple has been granted a patent (number 11,122,256,321) for a mixed reality system. It involves the rumored “Apple Glasses,” an augmented reality/virtual reality head-mounted display (HMD).

Virtual reality (VR) allows users to experience and/or interact with an immersive artificial environment, such that the user feels as if they were physically in that environment. For example, virtual reality systems may display stereoscopic scenes to users in order to create an illusion of depth, and a computer may adjust the scene content in real-time to provide the illusion of the user moving within the scene. Apple says that when the user views images through a virtual reality system, the user should feel as if they are moving within the scenes from a first-person point of view. Mixed reality (MR) covers a spectrum from augmented reality (AR) systems that combine computer generated information (referred to as virtual content) with views of the real world to augment, or add virtual content to, a user’s view of their real environment (referred to as), to augmented vitality (AV) systems that combine representations of real world objects with views of a computer generated three-dimensional (3D) virtual world.

However, Apple says that conventional VR and MR systems may suffer from accommodation-convergence mismatch problems that cause eyestrain, headaches, and/or nausea. The tech giant wants to overcome such issues with its Apple Glasses.

Here’s Apple’s abstract of the patent: “A mixed reality direct retinal projector system that may include a headset that uses a reflective holographic combiner to direct light from a light engine into an eye box corresponding to a user’s eye. The light engine may include light sources coupled to projectors that independently project light to the holographic combiner from different projection points.

“The light sources may be in a unit separate from the headset that may be carried on a user’s hip, or otherwise carried or worn separately from the headset. Each projector may include a collimating and focusing element, an active focusing element, and a two-axis scanning mirror to project light from a respective light source to the holographic combiner. The holographic combiner may be recorded with a series of point to point holograms; each projector interacts with multiple holograms to project light onto multiple locations in the eye box.”

Figure 6 illustrates an MR headset that includes a reflective holographic combiner to direct light from a light engine into a subject’s eye, while also transmitting light from the environment to the subject’s eye. 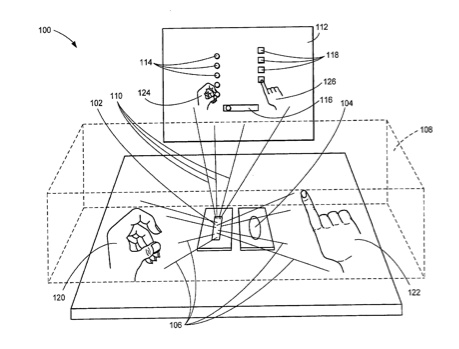 China will account for 40% of VR headset shipments this year

The web is turning its back on Flash