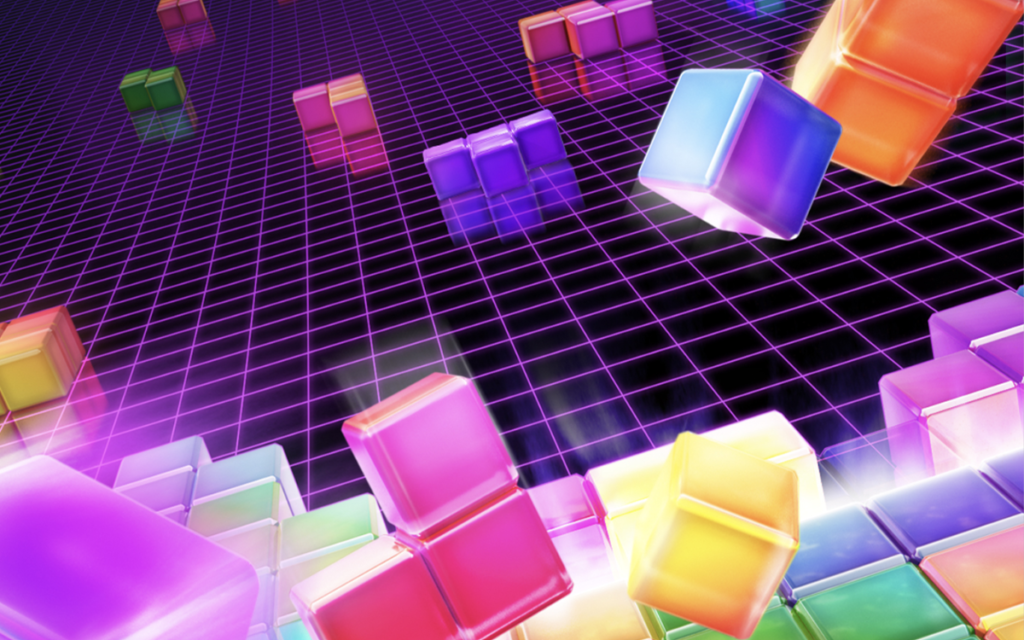 Tetris Beat is the latest game on Apple Arcade, Apple’s US$4.99/month or $49.99/year game streaming service that has over 200 games. It’s available for the iPhone, iPad, and Apple TV, and Mac. (Apple Arcade is also available as part of the Apple One bundle.)

Here’s how Tetris Beat is described: The world famous Tetris puzzle game is blocking to a new beat, fusing its hit gameplay with exclusive music and innovative rhythm mechanics. The game features a diverse and eclectic lineup of incredible musicians including Alison Wonderland, GARZA, Hannah Diamond, Octo Octa, Dauwd, CINTHIE and many more, with new exclusive songs added every month from today’s hottest and up-and-coming talent.

In Tetris Beat, players will rotate and drop Tetriminos to the beat, keeping to the rhythm to build their biggest combo chain and score big. For Tetris fans looking for the traditional hit gameplay experience, they can try out the Marathon mode, where they can also choose the soundtrack.

— DROP: Rotate and drop Tetriminos to the beat. Keep to the rhythm to build the biggest combo chain and score big!

— TAP: Players choose the most strategic Ghost Piece to tap in time to the beat and lose themselves in the flow state!

— MARATHON: The traditional Tetris® gameplay experience, where players get to choose the soundtrack!

• Split screen Marathon Mode for versus play on Apple TV

• 3 difficulty levels for each mode

Tetris Beat is a single player game for ages four and up. It has game controller support.

WaterCooler: QuickTime Tool for Internet Video without a Browser